Mission of Burma – Not a Photograph DVD 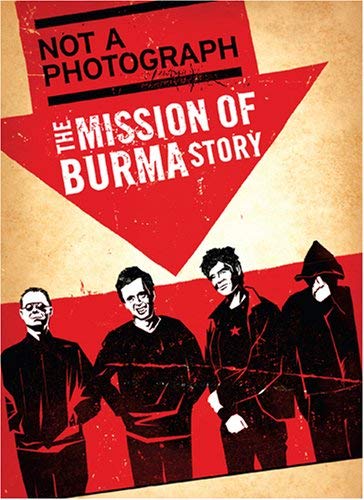 Not a Photograph The Mission of Burma Story – DVD
MVD Visual

Whether they may be directly aware of it or not many bands owe a debt to Mission of Burma and may very well likely not even exist or sound like they do if it weren’t for them. Mission of Burma is one of those bands that were hugely influential on punk rock and independent music in the early days yet there is still a huge section of fans of this style of music who don’t know who they were or are now that they are back together. If it weren’t for Mission of Burma there likely wouldn’t have been a Husker Du, Replacements, Nirvana and dozens of other bands that went on to some sort of success in both underground and mainstream rock music. During their few years together the band put out less records than you need fingers on one hand to count and quickly called it quits leaving the band members to go their separate ways; some continuing to play music, and one to just stop playing it completely.

Nineteen years after they called it quits Mission of Burma miraculously decided to reform (3/4 original with the full blessing of the member who opted out) and do a handful of reunion shows and that is where this DVD comes to play. This documentary tells the tale of the how, when and why Mission of Burma reunited as well as doing an excellent job of telling the history of the band and the when and why they gave it up. Each band member is interviewed separately and sometimes together talking about the reunion and the past. There is also interviews with people associated with the band and music scene at the time they were originally together. This concoction is seasoned with some great interview and live footage from the old days as well as footage shot at the reunion shows. It is a fascinating tale and even a good introduction to the band’s music as quite a bit of it is played throughout the documentary.

The documentary has a running time of 70 minutes and it felt like it was over before I knew it; meaning it wasn’t the least bit boring. It completely held me captive in front of my TV for the entire time. The video is full frame and the picture quality is quite good. Some of the darker interview footage is a bit grainy but that’s likely due to the source material and not that of the transfer. The audio is regular stereo and sounds great. The voice in the interview footage is easy to hear and the reunion show live material sounds excellent and the old footage also sounds surprisingly good for its age.

Bonus material consists of some studio footage of them recording their OnOffOn album as well as live footage from the old days and a few from the reunion show as well. As a fan of the band, I found this DVD to be a very well done story on the band that taught me a lot and gave a good glimpse into the lives of the people who made such great music. This disc also would make a good introduction to anyone who may not have had the pleasure of hearing the band before. I highly recommend it.