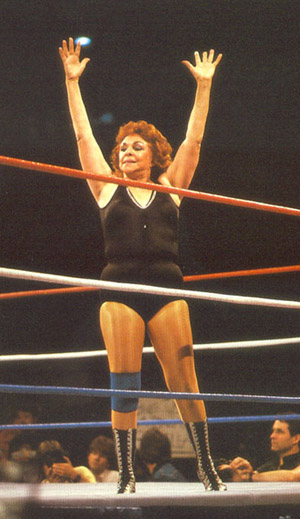 I guess it has been a few weeks since I’ve written one of these and sadly that means it was time for the wrestling world to lose another one of its great performers. The Fabulous Moolah passed away. Unlike many in the business, Moolah lived a pretty long and full life. She had been nearly retired for many years except for when she’d make surprise appearances on WWE shows alongside Mae Young. Moolah did more for women’s wrestling than anyone before or after her did and is from a time when women wrestlers could, you know, actually work and weren’t just  there because they were nothing more than a pair of tits and a nice ass.

Rest in peace Fabulous One, you will be missed.