The Germs are my favorite punk rock band of all time. They were one of the earliest bands I’d heard of when I first got into punk rock and I instantly fell in love with them upon the first listen. The Germs were also much like the Sex Pistols in that they really only released one album and a couple of singles before disbanding, but there have been countless live albums released posthumously. Thanks to the package I received from Anarchy Music, my Germs collection has once again increased. 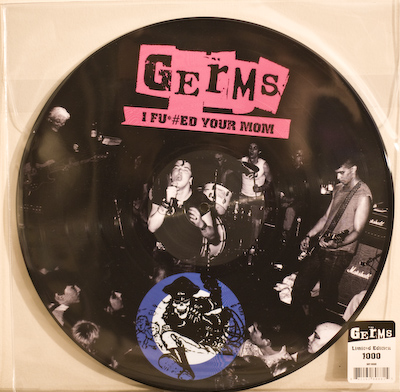 The Germs – I Fu*#ed Your Mom picture disc LP

This is a picture disc LP that collects various live Germs recordings. It is essentially the same thing as the Media Blitz CD that came out a long time ago. There is one song recorded from a rehearsal and twelve live tracks from four different shows in 1978-1979. The sound quality varies from show to show, the best stuff being the material that appeared on the Rock and Rule LP recorded by Geza X. 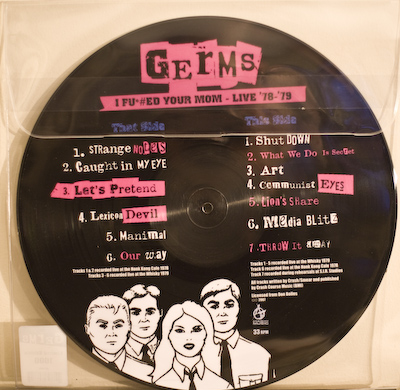 The usual vinyl shops should carry the Anarchy Music releases should you want one for yourself before they are gone. A few places that carry them include:

Many thanks to Anarchy Music for sending the records over.