When I was a young boy discovering punk rock for the first time at the age of 13, the Sex Pistols was one of the two punk bands I first heard and they changed my life. I have since that day had such a soft spot for the band that I have collected tons of records by them over the years, including records related to the band such as PiL and the few Sid Vicious records that exist. In the package I received from Anarchy Music, that collection just increased by one. 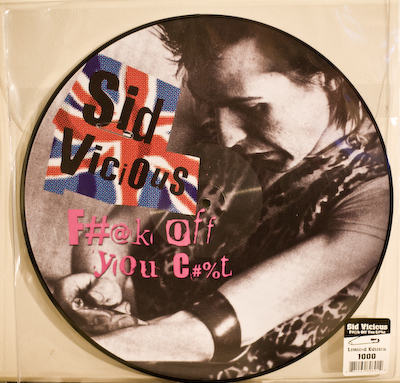 As you can see, this is a Sid Vicious picture disc. This features various live recordings that Sid did with various musicians (some of them if I recall were members of the Heartbreakers) after the Sex Pistols disbanded. Many of these recordings appeared on various records over the years, all of which have been out of print for years and a couple of them I think were from the Sid Sings album. The sound quality is a mixed bag, some of it muddy and some of it sounds pretty good. As you can guess the performances aren’t exactly stellar, I mean the guy was pretty whacked out of his skull on dope at this point in his short life, but they do capture a moment in time that is long gone and is pretty good for historical merit.

The LP is limited to 1000 copies and it comes packaged in a clear PVC bag with a sticker on it. The other side of the disc looks like this… 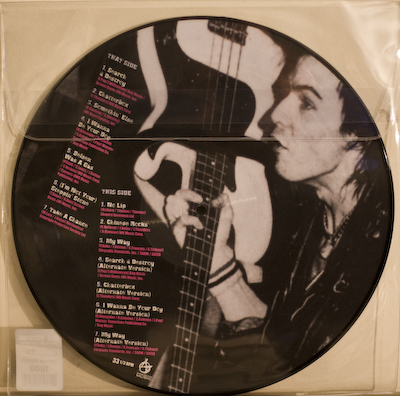 The usual vinyl stops should carry the Anarchy Music releases should you want one for yourself before they are gone.  A few places that carry them include: