Asva – What You Don’t Know is Frontier 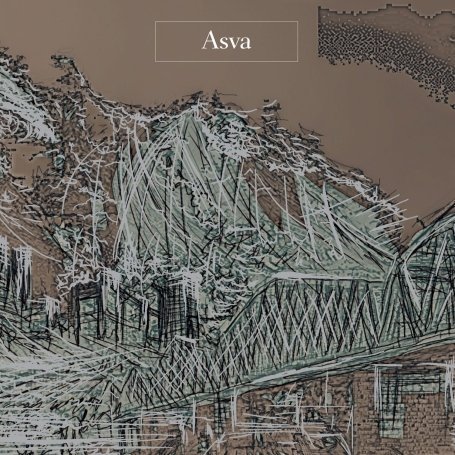 Asva – What You Don’t Know is Frontier CD
Southern Records

Asva is a bit of an underground “supergroup” that was started by G. Stuart Dahlquist of Burning Witch, Goatsnake, and Sunn0))). Those more familiar with those bands will undoubtedly know of this man, and probably know what to expect out of Asva. For those that don’t, I’ll explain in the next paragraph. Stuart is joined on this LP by members of Burning Witch, Mr. Bungle and Earth.

What You Don’t Know is Frontier is a four song (that clocks in at over an hour in length), instrumental journey to a land far away. The music ranges from dark, heavy, slow, and gloomy to peaceful, quiet and serene. It takes its sweet time getting from one place to another which really lets the listener get absorbed in the mood the particular piece or section is trying to invoke. Don’t come here looking for heavy head-banging repetitive riffs (at least in most of this album) for you won’t find them. What you will find is something that you can put on while working or doing any number of things that you will find equal parts soothing, upsetting, uplifting, and depressing. These musicians have done a wonderful job creating something that invokes so much feelings and thoughts with mostly common instruments.

Being only vaguely familiar with Sunn0))) and not familiar much at all with the other projects G. Stuart Dahlquist was involved in. I wasn’t really sure what to expect out of Asva, so it was a pretty pleasant surprise and something far different from the norm (at least for me). This one is definitely a keeper and is making for a nice soundtrack to listen to for me while slaving away at work.