Farflung – A Wound in Eternity 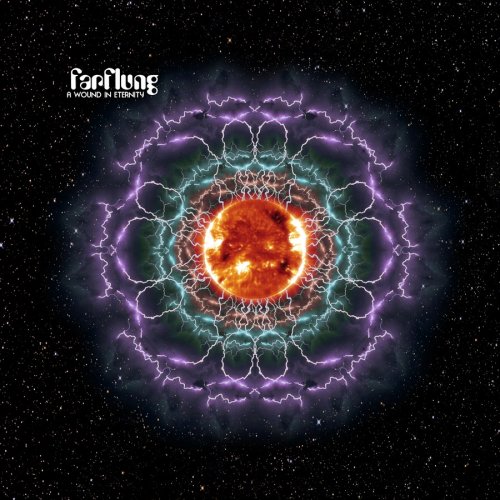 Though they’ve been around for around 14 years now and have a few albums under their belts, this CD is the first time I’ve heard Farflung, or even heard of them for that matter. Even with having a couple releases on the defunct Flipside Records they still somehow flew under my radar all this time.

In recent times I’ve been branching out from punk rock and expanding my musical horizons. In what I imagine spawned out of Stoner Rock, Farflug’s music is described as Space Rock. It is a very accurate description too. The music is heavy yet atmospheric and catchy. On top of some heavy (but not overbearing) guitars is a bevy of outer space like sounds and effects. The songs are pretty complex with a lot of changes and twists including incorporating Middle-Eastern sounds among others. The singer at times has a similar voice to Dick of the Subhumans in his delivery but not quite as harsh. Most of the songs range from mid to fast temp songs but they slow it down and become very mellow in places.

The CD contains eight fairly lengthy songs. The album flows very well from start to finish and I never found myself skipping any songs on repeated listens which is a rare thing. Speaking of the finish, the final track, “Precognition” I feel may go down in history as the band’s masterpiece! The song starts out spacey and mellow and slowly build into a really powerful number once the chorus kicks in. In fact the song gave me chills the first time I heard it. It is like an outer space journey wrapped up into a nice seven minute package. The first day I listened to this album I probably played that song over and over for at least an hour non-stop and have been playing it daily ever since!

The album is also available on vinyl with two bonus tracks for those who prefer the superior format.

My first exposure to Farflung resulted in my adding yet another band to the list of bands I like and think everyone should hear. Now I’m going to have to track down some of their back catalog and see what I’ve missed out on from these guys until now!

Order the CD from Amazon.com