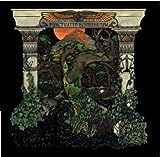 Wino is the nickname of one Scott Weinrich who has spent the last quarter century creating really heavy music in bands such at Saint Vitus, The Obsessed and The Hidden Hand. The man could practically have invented modern day “stoner rock” and was creating it long before it became as popular as it now seems to be today.

After The Hidden Hand broke up, Wino decided to “go solo” in a way, though he enlisted a couple of people to help him produce the songs the way he wanted them (hence the solo reference) and these gentlemen did time in Clutch and Rezin. The result is ten songs of heavy rock songs in that “stoner rock” vibe. The guitar work is both heavy yet melodic much like your 70s rock acts like Led Zeppelin and especially Black Sabbath. The vocals are sung in a way that is easy to understand and even sing along and while the music is pretty accessible, it is equal parts powerful without being abrasive.  Fans of Wino’s other bands will understand what I’m trying to describe. Some songs branch out into a more psychedelic brand of metal as well (think Monster Magnet) which really keeps things interesting and fresh throughout the entire album.

Listening to Punctuated Equilibrium, it is easy to see how this style of music has become so popular lately and this album is easily worth checking out for long time fans and for those interested in the genre.

Buy the CD from amazon