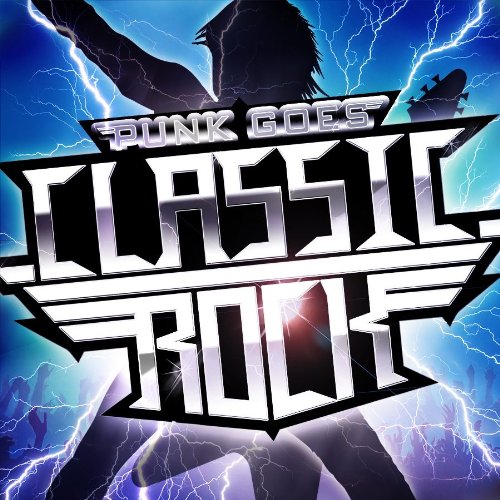 Punk Goes Classic rock is collection of modern bands covering 15 classic rock staples from bands like the Rolling Stones, Tom Petty, Queen, Kiss, Aerosmith, Def Leppard, and others that most people grew up listening to on the radio. The bands doing the covers are all of the pop punk variety and include Forever the Sickest Kids, Mayday Parade, The Maine, Every Avenue, We the Kings, Blessthefall, and a few others that you may or may not have seen appearing at Warped Tour the past few years.

Where this compilation succeeds is in its selection of classic rock staples that nearly everyone will be familiar with including “Paint it Black,” “We are the Champions,” “Dream On,” “Crazy Train,” and “Rock and Roll All Night”. On paper it’s a pretty cool track list including stuff I would have picked myself had I been given the task of choosing the songs for this. Where the comp falls short though is that all of these bands which are loosely being labeled punk are in reality more like modern pop bands and as a result they have very similar sounds, which means that the album as a whole sounds too similar from track to track.

What made the old punk bands’ covers so great was how they would put their own spin on the old songs when they covered them, really making the song their own. The performances on this comp are mostly straight up faithful renditions of the originals which in the end don’t differ enough from the originals to make them feel very special or unique. Nearly the first half of the album almost sounds like it was done by the same band because of the similar styles of the bands playing. It wasn’t until A Skylit Drve’s cover of “Separate Ways,” did it feel like a band started to put their own spin on things and that was in the parts where the singer was yelling. Blessthefall’s cover of “Dream On” also really stood out and was my favorite track on this CD.

Ultimately there will be a split opinion on this record. Younger kids who follow these bands will likely love this entire compilation and have either never heard the original songs or will prefer these to them since it is their generation’s bands. Older folks, especially those who have a much different description of what constitutes a punk band, will likely not find much here to their satisfaction.

Great one for the younger generation who follow these bands, not so great if you are over 30 and prefer your punk to be harder edged or were hopefully for a fresh take on these classic songs.