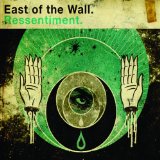 East of the Wall – Ressentiment 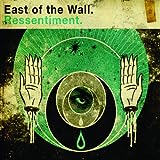 East of the Wall play some dissonant, progressive post-metal that is heavy on the thick riffs and guitar noodling. The band play some rather abrasive riffs on top of a rather complex rhythm section. The vocals mostly are abrasive throat-tearing yells but they occasionally switch it up with some melodic singing at times.

The leads and harsh sounds, mixed with the vocal sound at times remind me quite a bit of Botch’s We are the Romans album which was an album that is held in high regard to fans of this style of music. They seem to take that idea and push it further with the addition of melodic passages and at times an almost emo quality in a couple of songs without ever ditching the heavy for more than a couple of minutes at a time.

The songs range in lengthy from a couple of minutes to nearly eight. The longer songs are the more epic ones that feature a lot of time changes and experimentation. Overall the album and the sound works for East of the Wall and I could see this album gaining them a lot of fans, and the more melodic songs gaining them a spot on next year’s Warped Tour if they continue down that path. Overall not a bad album at all and one that packs a pretty solid punch. I like the experimentation aspects, but at times the melodic passages are dangerously close to emo.

East of the Wall – Ressentiment

Progressive post-metal full of harsh dissonant chords with some more melodic experimentation at times that is dangerously close to emo.