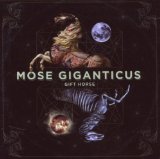 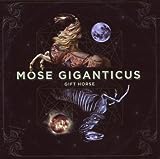 Mose Giganticus is a band that has been around for a few years now and this is their second full-length album. The band is from Philadelphia, PA.

The band starts with a mid-tempo hard rock/metal foundation and incorporates elements of older punk rock and spices things up with a bit of an industrial rock influence. The band will add bits of synth and electronics in their thick sound to spice things up a bit. The results at times sounds like some offspring of Ministry and Prong at times. The vocals are raspy and low, just like the music. The songs being mid-tempo allows for some catchy and infectious riffs.

The songs all clock in at around four minutes each which is just long enough to get you hooked only to have the song end and leave you thinking, “hey that was pretty cool” when it ends. Many of the songs on the album have a similar sound so if you find yourself liking one or two chances are you will enjoy most of the album. With so many bands in the metal genre sticking like glue to one specific style, it is refreshing to hear a band mixing it up with outside influences.

A mid-tempo mash-up of metal, punk and even industrial rock that results in a pretty good collection of heavy songs.