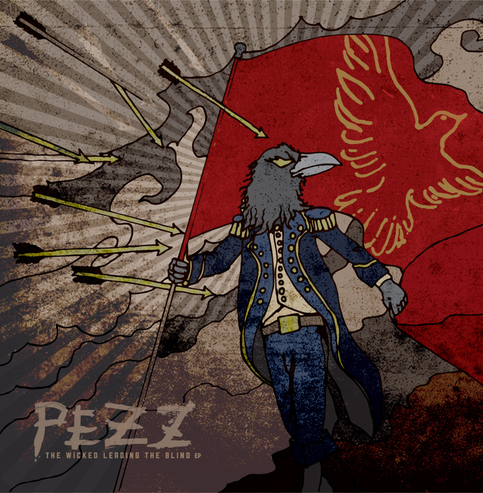 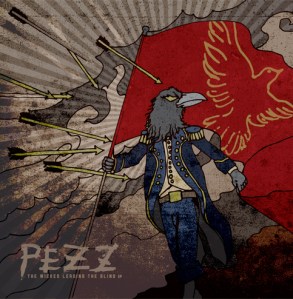 Pezz was one of the better punk rock bands of the 1990s and also perhaps one of the most under-rated. How the band didn’t become as big as any of the acts that ended up signing to Fat Wreck Chords is a mystery to me as this band was a hell of a lot better than most of those. The band seemed to quietly vanish around 2000 and it seems they took a lengthy hiatus until recently and now they finally have a new record out.

Pezz play mid-tempo, hard edged, melodic punk rock. They have really crunchy guitars that drive the songs over a pretty straight-forward beat. The guitar sound on this record is very thick and meaty which gives a good sense of power without the expense of melody. The vocals are raspy which fit nicely with the thick sound and the music has a catchy sing-along vibe to it in the choruses.

The A-side features the title track to the record and is easily one of the strongest and infectiously catchy songs the band has written. The time off must have done them some good because they sound like they never went away and are very true to the sound they created for themselves. The B-side features a Leatherface cover of “Watching You Sleep”, which as far as covers goes makes a bit of sense only because they have a bit of a Leatherface vibe to them. The other song, “The Weight,” is a much faster, more hardcore number that sounds like it could have come out in the heyday of the genre in the 1980s.

The record comes on black vinyl and is housed in a full color fold-over sleeve. It has a lyric sheet and even a download code for the mp3s! There is also a red vinyl pressing available directly from the label itself. It is a nicely put together package that the band and label should be proud of.

It was refreshing to see that this great overlooked band is still plugging away and writing good punk rock tunes and any fan of this style of punk rock, especially fans of bands like Jawbreaker or Leatherface, would be wise to pick this up while they still can.

Pezz – The Wicked Leading the Blind