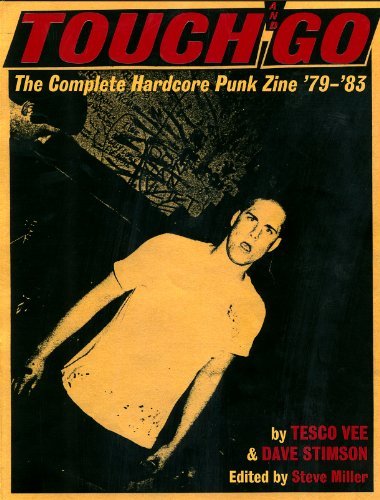 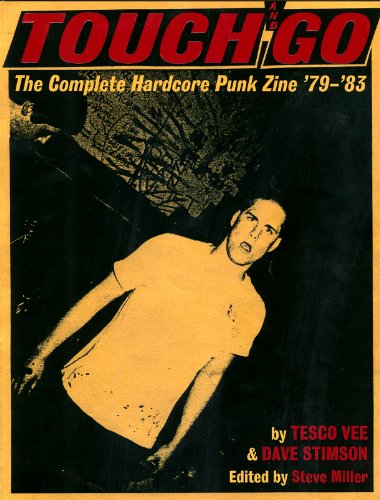 Before Touch and Go became one of the most successful independent record labels of all time it started life as a fanzine put out by two rabid music fans who wanted to share their love of this new punk rock music they had discovered. Those two guys were Tesco Vee and Dave Stimson and they had the luck of being the right age at the right time and getting turned on to punk rock before most people in the midwest, especially in their state of Michigan. The two decided to start a fanzine so they could spread the gospel about this new exciting music and hopefully it would create a better music scene in their area which it eventually did,  though I’m sure those guys had no idea the legacy they were creating at the time.

I got into punk rock right about the time that Tesco stopped doing the fanzine and as a result of that and the miniscule print runs, I never got to read an issue of the zine until Selfless Records put out that “Best of Touch and Go” magazine with the 7″ nearly twenty years ago (has it really been that long?!). While I never got to read the zine before that, I read countless zines that were inspired by Touch and Go and in fact indirectly my own fanzine was influenced by that zine without me even knowing it as I liberated many ideas from fanzines which did the same to them.

Well I finally got to see exactly what it was I missed thanks to this book which compiles every single issue in its entirety! Touch and Go The Complete Hardcore Punk Zine is nearly as big as a phone book and has every page of every issue in chronological order. Reading this book is a wonderful trip down memory lane of a scene that was so exciting but is long gone. It is a time capsule that has finally been unearthed and has such wonderful contents that it is a must-have for old-time punk rockers or fans of that era.

The first few issues of the zine were very short and contained little more than a bunch of record reviews and live reviews with some various bits of humor or the occasional comic sprinkled in. Tesco Vee’s sense of humor that made the Meatmen infamous was in full effect already here a good couple years before he decided to start that band and Dave Stimson’s scathing hatred for all things mainstream or wimpy new-wave is awe-inspiring; that guy must have had the biggest set of balls in the entire state of Michigan! Neither one of them pulled any punches in their writing and if they thought something sucked they had no qualms about letting you know in the most descriptive and toilet-languaged way possible. Sometimes their scathing reviews had in me in tears from laughing so hard and it was also kind of spooky as to how in my fanzine I wrote similarly styled reviews without having read a single issue of Touch and Go at the time; just another example of how wide-spread their influence was in the punk rock scene. They also made no apologies for heaping praise on the bands they liked even if it came off as self-serving when one of the bands was on their newly formed label. Tesco had some damn good taste in his punk rock most of the time and I found it funny yet accurate that the Negative Trend EP made his “best of” list in every single issue. He sure didn’t like T.S.O.L. starting with their first LP though.

As you read through this book not only does the fanzine itself evolve and grow but you really get to watch a punk rock scene itself blossom. Through this zine you see how the Midwest punk scene and the Washington DC scene evolve and become intertwined. Not just Detroit and DC, but you even see a bit of growth and coverage of Chicago and Wisconsin as well in some of the later issues. It almost feels like going through a time machine and living it as you read the pages of this book. As the issues grew so did the reach of the zine and they started doing interviews with lots of bands that are now legends of punk rock such as The Misfits, Minor Threat, Necros, The Fix, Negative Approach, Youth Brigade (DC), Faith, and tons more. The interviews were part informative and part comical and a wonderful trip back through time.

Eventually the scene changed and so did the people involved in it. Touch and Go also became a record label that started taking off and was handed off to Corey Rusk who still continues it to this day (albeit in a smaller capacity recently), Tesco ended up moving to DC and continuing the fanzine sans-Dave for a few issues until he quietly folded it in 1983. The last few issues were the biggest ones yet and he definitely ended on a high note but still it was sad that he didn’t keep it up longer as it easily could have been one of the bigger zines of the time like Flipside or MRR.

The book weighs in at a hefty 546 pages. It will take you a long time to read it from cover to cover which will make for a lot of extended bathroom visits. They did a great job reproducing the old zines and making them look as good as they could, considering the cut and paste style in which they were assembled. Before every issue is some liner notes about from the Dutch Hercules himself which were very entertaining and sometimes insightful. The book also has some essays about the zine from Tesco Vee, Dave Stimson, Steve Miller (singer of The Fix and the man who edited this book), Ian MacKaye, Byron Coley (who contributed to some of the later issues), John Brannon (singer of Negative Approach), Corey Rusk, Keith Morris, Henry Rollins, and a couple of others. As an added bonus there are a few pages of old show flyers as well as a reprint of Tesco’s first fanzine, the 999 Times!

I can’t recommend this book enough to any fan of old punk rock whether you were there at the time or not. The importance of this zine and that era can’t be stressed enough and the people behind the labor of love that was putting this all together fully deserve the support and thanks for all the hard work it took. This book deserves to be a permanent fixture on every punk fan’s coffee table or at least have a permanent place in the reading pile in their bathrooms (something I think Tesco would find flattering) and I for one am glad I finally got to read all the issues of this great old fanzine.