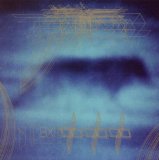 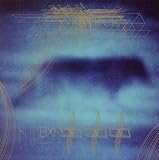 Having been a fan of Ian Astbury for years and his all things Cult (Southern Death, Death, and The) and becoming a fairly new fan of Boris, when I found out the two were combining forces to make a record I was pretty excited. I wasn’t just excited because it meant Ian would stop wasting his time singing in that band trying to pass themselves off as The Doors for at least a few minutes, but it was also because BXI would be an unlikely pairing of some pretty amazing musicians.

The BXI EP contains four songs and clocks in at about twenty minutes. Each track on here has its own unique sound. The first track, “Teeth and Claws” is without a doubt the strongest of the four. It features some slightly fuzzy droning guitar work that is very melodic and hypnotic. It’s a mid-tempo number that actually is the most “Cult-like” number on the record in its overall feel. Ian’s vocals on this song are superb and I found myself playing it over and over. It is in fact my current favorite song of the month.

The second track, “We are Witches” features come crunchy metallic riffs and is the fastest song on the album. It is a hard rock/metallic number that also has some fuzzed out guitars. The song is sort of reminiscent of a Rick Rubin produced record from the late 1980s that would have come out around the same time as the Cult and Danzig record he produced.

The third track is a cover of “Rain” by The Cult. It is sung entirely by the girl in Boris and Ian doesn’t perform on the record. Her voice didn’t do the song any justice and this track was really a blown opportunity. It would have been much cooler to have Ian at least sing the chorus or the verses and alternate vocal chores with the girl from Boris. As it stands this track is the only flaw on this EP.

The record closes with, “Magickal Child” which is a mellow, somber number. It has quiet guitar passages that open up into a sort of cascading wave of low-key emotion. The guitars are really effects-ridden in an almost shoegaze style and it sounds like an abrasive ballad. Ian’s melodic vocals compliment the song nicely and it is a pretty strong and satisfying finish to a pretty solid EP.

With this record being 3/4 solid, it is safe to say the collaboration between Boris and Ian Astbury was a success and one worth picking up for fans of either party involved, or both. Hopefully these two forces will cross paths again in the future to continue this project as it certainly has a lot of potential as this EP proves.

A merging of two super-powers from different musical planets that resulted in a mostly solid EP worthy of your time.