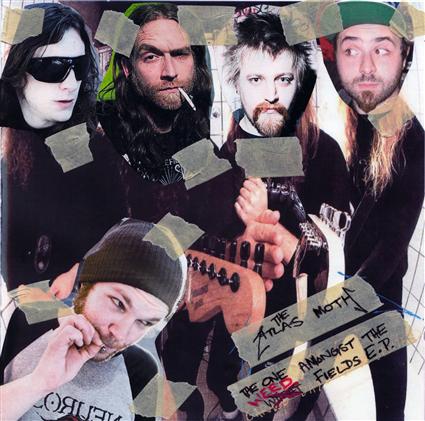 The Atlas Moth – The One Amongst the Weed Fields 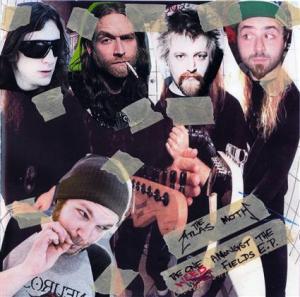 Chicago’s best kept secret take three classic rock songs and one newer song and make them their own in a very satisfying and superior way.
Rating:

The Atlas Moth is one of the heaviest bands Chicago has ever produced. They are also one of its best kept secrets. They make such a huge and varied sound and if you ever saw them live you’d be floored by their intensity, power, and downright awesomeness. The band mixes post-metal with a hint of space and stoner rock, throws in a bit of ambiance from time to time and the result is nothing short of stunning.

The band just released this digital-only EP that is a collection of four cover songs done in The Atlas Moth style. The EP starts off with a cover of “California Dreaming” by The Mamas and Papas. Unlike it’s sugary pop original, The Atlas Moth’s rendition is nearly unrecognizable. It is a bit slower in tempo than the original and is done up all heavy and abrasive, especially with the trademark shrieks that is a staple of the band. “Fearless”, a Pink Floyd cover, is perhaps the most accessible track on the album. It is melodic with heavy, almost Sabbathy, guitars and the vocals are actually sung instead of shrieked. Think of it as a modern stoner-rock take on an old rock song.

The second half of the EP starts out with “Golden” which was originally done by Failure. This was the only track and band I wasn’t familiar with but it turns out this track is my favorite on the EP. The song has a mix of droning and grungy guitars with some catchy leads and features melodic singing. It also features samples and is kind of like a more melodic Godflesh at times. Great stuff! The EP closes with their rendition on The Doors’, “Five to One” which is far less crappy than the original. Even being the weakest of the four songs, it is still a decent tune done up with far more noise and heaviness that has the band’s stamp all over it.

The Atlas Moth succeeded in doing a record full of covers where most fail, they took the songs and made them their own, offering a unique take on a foundation built by someone else instead of trying to faithfully reproduce it. While I would have preferred an EP of new material, seeing as how good 3/4 of this EP is, it makes for a satisfying Atlas Moth fix!