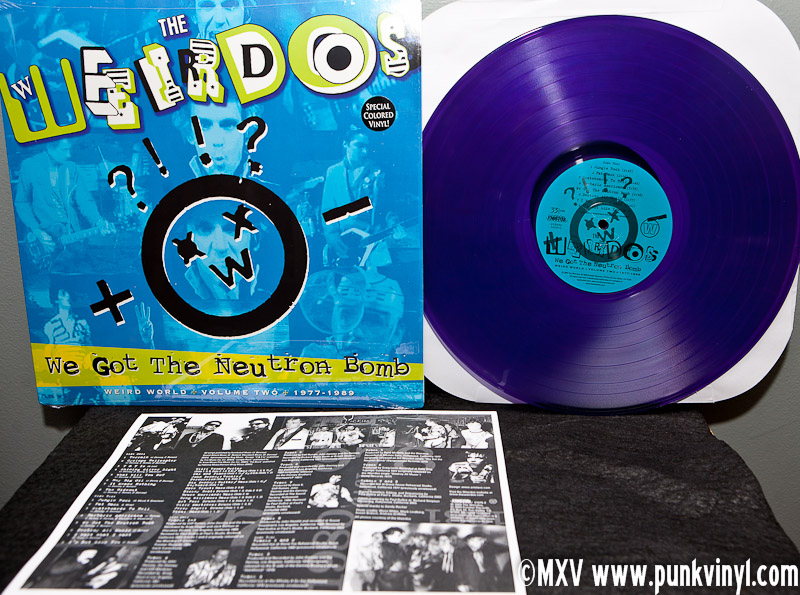 Weirdos – We Got the Neutron Bomb purple vinyl 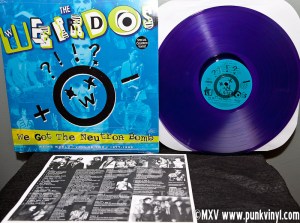 One of the oldest and certainly one of the finest first-wave Los Angeles punk rock bands just got a new colored vinyl makeover. The band I’m talking about is The Weirdos. The Weirdos are legendary in the annals of Southern California punk history as they were one of the earliest punk bands from that original scene. They also wrote some of the best punk rock songs in the history of music including the one that is the title track to this LP, We Got the Neutron Bomb.

We Got the Neutron Bomb (aka: Weird World Volume Two) is a collection of out of print, rare, and unreleased Weirdos tunes from 1977 – 1989. If even includes one half of the rare Adulthood/Skateboards to Hell” single which is a Weirdo rarity among rarities. It also contains some unreleased demo tracks that were never properly recorded and released which was a real crime. The album has a total of 16 Weirdos classics and is, along with its predecessor, one of the most essential collections of any punk rock band in history.

Frontier Records, a label that has now been putting out amazing records for three decades, has just issued this album on translucent purple vinyl. It looks like a grape Jolly Rancher though it doesn’t taste like one. It does however, sound amazing. This purple slab of wax comes in a full color standard jacket and contains an insert with detailed liner notes about the origins of every song on the album and is adorned with some great old photos of the band. The Weirdos was one of the most important bands of their time and every punk rock fan of any age deserves to have one of these albums in their collection else their collection is not worth having. If you want one of your own, $13 will get it sent right to your house via the Frontier Records website (if you live in the USA/Canada). If you live overseas tack on an additional ten bucks which is still a fair deal considering your money is worth a lot more than ours.  If you stop by be sure and wish them a happy 30th birthday.