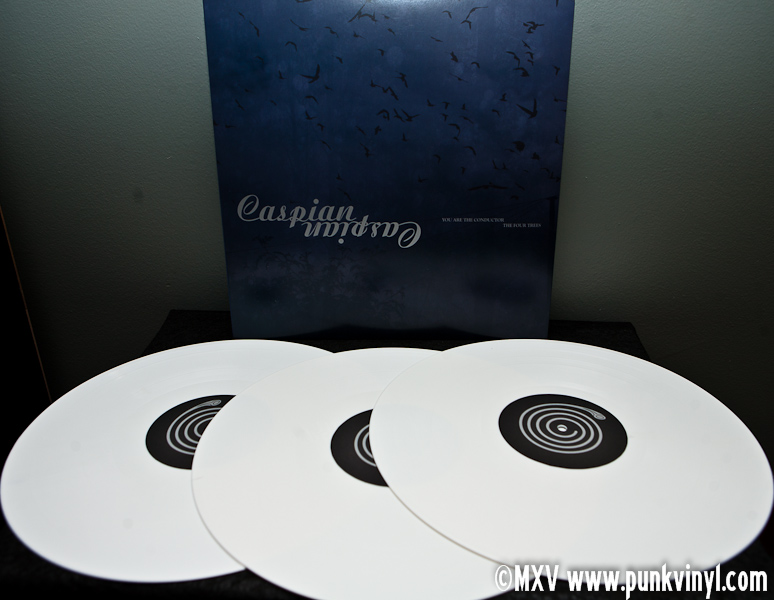 Caspian – The Four Trees/You are the Conductor 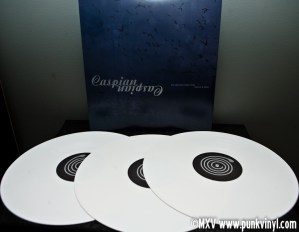 Two of the best post-rock records ever join forces for a deluxe upgrade. Owning this is mandatory!
Rating:

Caspian is one of the premier bands in the entire post-rock instrumental genre. Their music is downright cinematic and absolutely stunning. These guys create such a thick and textured sound that it almost defies description. Their complex and building song structures require a physics degree to decipher and seeing the band live is an even more exhilarating experience. The band has released three records on The Mylene Sheath and they are some of the best records to come out in the new millennium.

If you didn’t read my reviews of Caspian’s The Four Trees and You are the Conductor and go out and buy those fine slabs of vinyl you were a fool as they went out of print and are now sitting in the homes of people smarter than you were. However your foolishness isn’t without redemption as your chance has come to acquire those two masterpieces but not in the way they were originally issued.

Instead of repressing the records how they were originally issued and just changing the colors of vinyl, The Mylene Sheath decided to go all out to celebrate that they have one of the best bands in that given genre on their roster and combine the two releases into one deluxe package. And they also didn’t just stop at using the same pressing plates and sticking the records in a new sleeve, this thing was rebuilt from the ground up!

First the records: three colored vinyl discs that were remastered and re-cut. The original pressings sounded great and one may argue this was unnecessary, however one listen to this new version made it clear to me this was a wise investment. The records sound even more full, with more punch than before and not only that but when the quiet part hits or the dead space between songs come up, these are the quietest records I’ve heard in years. I’m not kidding when I tell you I could hear zero surface noise, no weird anomalies, it sounded like I was playing a CD that actually had a warm and better sound. This has to easily be one of the best mastering and pressing jobs in recent history. I play the shit out of my original copies and they sounded fantastic, but I’m telling you now those records will likely never touch my turntable again as this new version is nothing short of perfect.

Now for the packaging: The records are housed in a deluxe triple-gatefold sleeve. It is printed in full-color with metallic inks. The cover is a nice heavy stock and it even has a gloss like finish. The outer ends of the gatefolds are enclosed so the records don’t slide out of them. It is a super high-quality sleeve and it had to cost a small fortune to produce.

With only 400 produced (190 on silver vinyl, 210 on white vinyl) these things aren’t going to be around very long. If you missed out on these records when they are separate don’t make the same mistake again by passing on this superior version. If you have the older versions, believe me this is worth the upgrade.