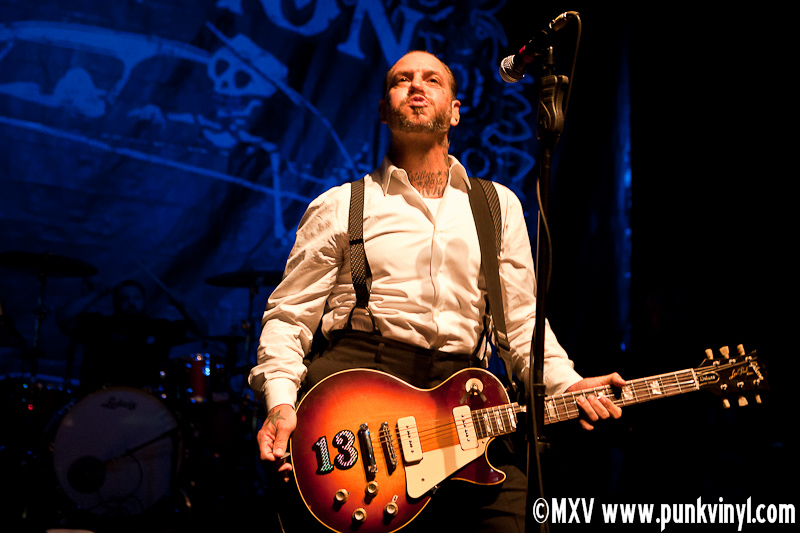 In what seems rather unbelievable, Social Distortion have never played live on any TV show in their 30 year career. Despite them having been on a major label for more than a decade when “alternative” music was the flavor of the decade, they just never appeared anywhere. They finally put a stop to that nonsense last night by appearing on Jimmy Kimmel Live. In case you are like me and missed it because you forgot and/or were sleeping, here’s the two songs they performed for you to watch.

Social Distortion will release their long awaited new studio album, Hard Times and Nursery Rhymes, on January 18.  This will be their first new album in over six years, since 2004’s Sex, Love and Rock ‘n’ Roll.