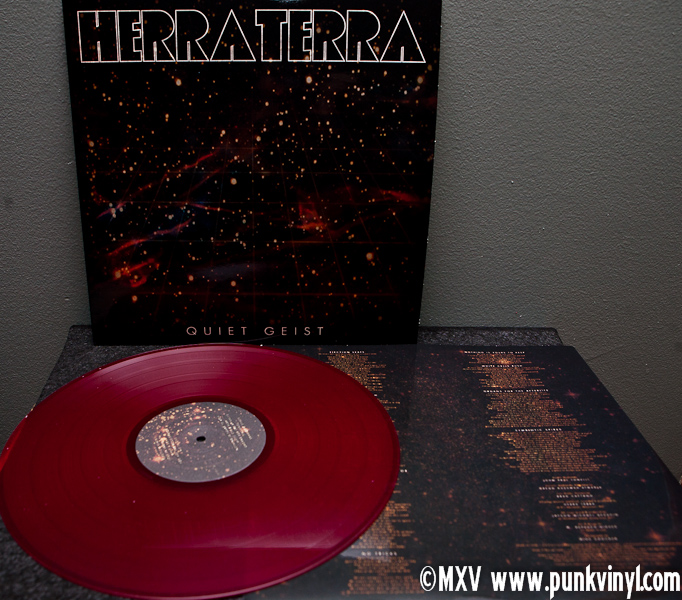 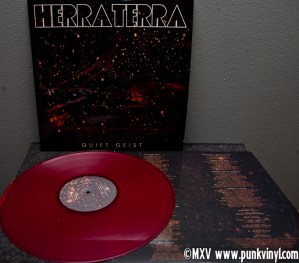 Accessible and catch electronic pop/rock that is very comforting in its familiarity without sounding like a knockoff.
Rating:

Herra Terra is a band from the Boston area that started out as a duo and eventually grew into a full band. This is their first full-length and their first record for The Mylene Sheath, a label known for having an incredible ear for talent. Upon listening to this record it is safe to say that ear still has an unblemished track record.

Herra Terra play electronic driven pop/rock. There are a lot of keyboards on this album which at times varies in giving the songs spacey, atmospheric, or dancy tone. Laid on top of that is some more traditional instrumentation like guitars and drums. Despite all the electronics, the music doesn’t feel at all synthetic. They managed to maintain a more organic feeling to their songs and the songs are really catchy and melodic.

The vocals are very reminiscent of 1980s synth-rock bands such as Depeche Mode and Duran Duran and that influence is also prevalent in Herra Terra’s song writing. There was something very comforting about the familiarity of their sound. Having grown up in the 1980s when the aforementioned bands were radio staples, there were times that Quiet Geist evoked in me memories of younger, carefree times. This album, while a new band, felt a lot like hearing an old friend from the past that I haven’t heard from since we were kids. Herra Terra somehow pulls this off and instills enough modern elements to not come off as a retro act just trying to make it by directly stealing an older style of music. The album is a really enjoyable album from start to finish and will probably gain the band a pretty varied fan base as the music is really accessible on a lot of different levels.

This LP comes housed in a full-color, glossy sleeve. Inside the vinyl is tucked inside a high-gloss, printed inner sleeve  that has artwork on one side and the lyrics printed on the other. The record itself is pressed on heavy colored vinyl (in this case it was purple and limited to 300 copies, there was also another more limited variant). The mastering job was really well done as has become the standard for releases on this label.

For their debut album, Herra Terra really put together an enjoyable album of electronic-laced pop/rock songs that strikes a familiar and welcome chord. Nice job guys!