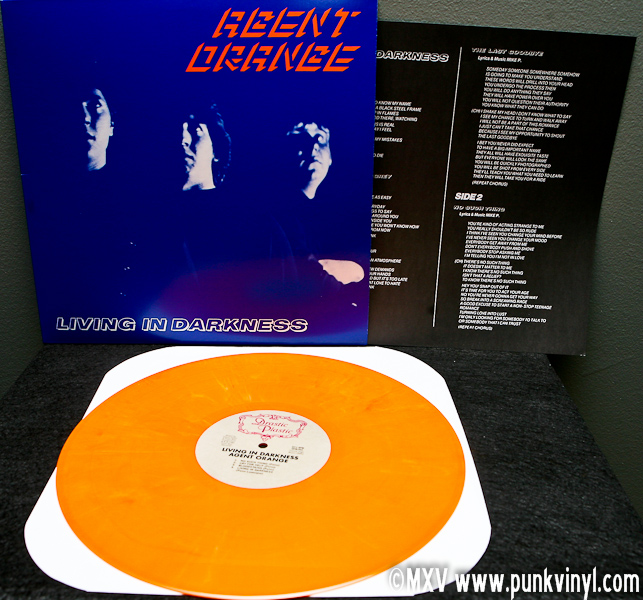 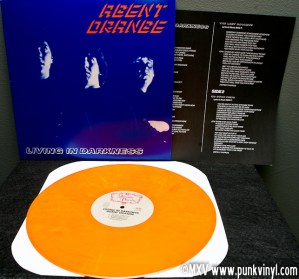 Way back in 1981 the legendary Posh Boy Records released the first LP by Agent Orange which is easily one of the best Southern California punk rock albums of the decade it was released in. Living in Darkness featured eight songs that blended surf with melodic punk. While everyone started playing hardcore, Agent Orange stuck to their rather unique blend that mixed some classic influences with their punk rock and the result was this fantastic album, one that has become a punk rock staple. When you think of early punk rock records, Living in Darkness is likely included in lists of all time great punk records.

The album included the song, “Bloodstains” which is easily the band’s most popular song and ranks among the greatest punk rock songs ever written. It shares its grooves with other top-notch songs like the equally great, “Everything Turns Grey”, a song that as a close second for best Agent Orange song. “Too Young To Die,” “The Last Goodbye” and the title track are among the other greats on this LP, one that is a flawless listen from start to finish. On top of the great songwriting and playing on this record, the production was pretty damn impressive for a punk rock album too and totally sounds timeless even now on the album’s 30th birthday.

Like many great punk labels from the early days, Posh Boy Records let this record go out on print on the vinyl format around the time that CDs were being touted as the be-all end-all of musical formats and that is the only format this album has been available on for the better part of the last two decades. This album was reissued only one time on vinyl back in 2003 by Get Back Records in Italy in a one-time pressing that came and went in a blink of an eye and wasn’t easily available at most domestic record stores.

Drastic Plastic Records out of Omaha, NE took on the task of licensing the LP from Posh Boy and giving it a much deserved vinyl reissue. The LP is pressed on 145gm solid orange vinyl with some white streaks in it. It is the color you’d expect an album to be from band with the word Orange as part of their name. It comes housed in a plain white sleeve tucked inside a full-color standard LP jacket. The artwork is nearly identical to that of the original Posh Boy release. The only discernible differences is the reissue used a bit of a lighter shade of blue ink and the label information on the back cover is that of Drastic Plastic. In a really nice homage to Posh Boy, the Drastic Plastic logo is made to look just like the original Posh Boy logo which I found very cool. The record also comes with a two-sided lyric sheet. The lyric sheet on this reissue is larger than the original and is on a standard stock of paper instead of the glossy stock used in the original Posh Boy edition.

The record has a bit more punch than the original Posh Boy edition and it plays a bit louder too. I chalk it up to modern mastering techniques and they obviously had a great source to work off of as the record sounds excellent.

If you like vinyl and old punk rock and don’t have this album in your collection already you should be ashamed of yourself. Thankfully you can get this reissue easier and cheaper than tracking down an original copy and it will sound just as good, if not better. Those like me who have owned this album for nearly 30 years will likely want one too for not only the nice packaging, but to become their main playing copy, which is exactly what this has become for me. Another excellent job Drastic Plastic, keep up the great work! Can’t find one in your local store? Check out the Drastic Plastic Records website.