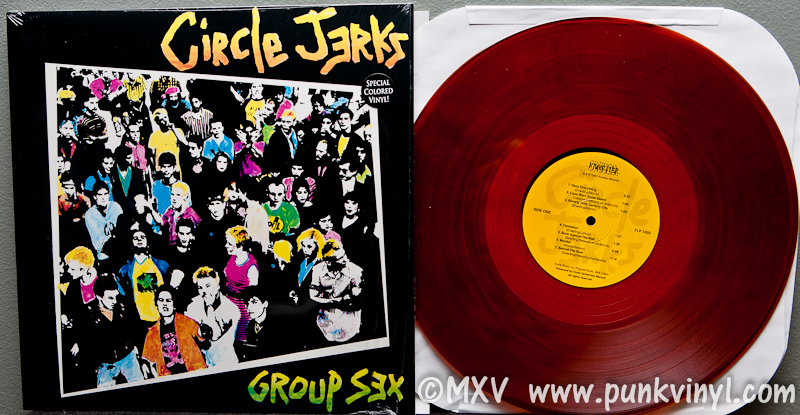 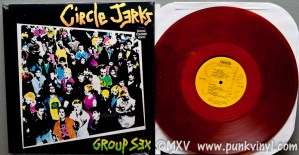 It is officially spring  which means the grass turns green again, the weather hopefully warms up, skateboarding season has begun, the birds start chirping, and legendary punk rock albums get pressed on new colors of vinyl! Yes, with the changing of the seasons so comes the changing of the vinyl colors for the first Circle Jerks LP.

If I haven’t sold you on the merits of the first Circle Jerks LP by now then there is no hope for you. It is easily one of the best hardcore punk albums of all time. It is a perfect record from start to finish and the reason why in the 1980s, the Circle Jerks were a household name (if your household had any punk rockers in it like mine did). Their logo is iconic and legendary as was the music on this record. This record totally stands the test of time and sounds as good now as it did when it was first released way back when I was a young lad riding a skateboard. All the best songs the band ever wrote or borrowed appeared on this album and it was without a doubt their finest moment.

This LP now comes on “root beer” colored vinyl. It is sort of reddish-brown, just like my second favorite soft-drink. The LP also comes with a glossy lyric sheet too so you can sing along to the songs at home. It sounds just as good as it ever did and if you want this colored vinyl gem to satisfy your need for completion, or to fix the fact that you foolishly don’t own this record on vinyl, head on over to the Frontier Records website and pick one up while they last.