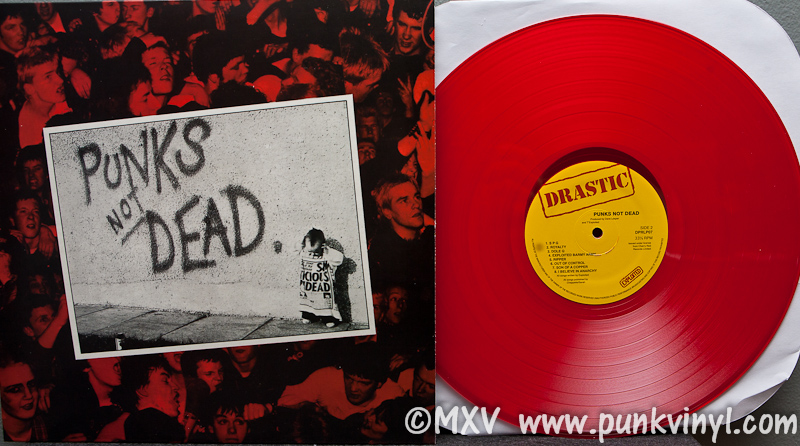 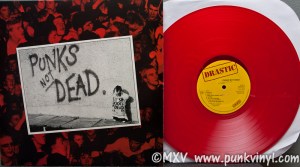 While I was never a fan of The Exploited, I knew plenty of people who were. The band was an early point of entry for a lot of punks in the early 1980s and turned on a bunch of people I knew to British punk rock. Their music wasn’t overly original for the time but they found a formula that worked for them. The band became even more famous for their imagery and lead singer, Wattie’s, mohawk and you didn’t have to look far to see someone wearing an Exploited t-shirt at a show. Come to think of it not much has changed in nearly 30 years and young punks whose parents are my age are still sporting Exploited shirts and that look.

Punks Not Dead was the band’s first full-length LP and it turns 30 years old this year. The album was originally released on Secret Records. Like most old punk vinyl, the LP spent the second half of its life unavailable on vinyl and either you had to settle for a CD version of the album or you had to find a used one. For its birthday the LP once again lives in the superior format of vinyl.

Drastic Plastic Records, a label out of Omaha, NE, has once again done the world of punk rock and vinyl a solid by licensing this LP and bringing it back on the only format that matters. Like all their vinyl releases thus far, their attention to detail is impressive as is the packaging.

The LP comes in a full color, standard jacket that is a near-exact replication of the original pressing. The only differences being the addition of a bar code on the back and changing the label information to reflect the current issuing label. The LP is pressed on limited edition red vinyl which matches the cover art nicely. The labels look just like the original Secret Records labels for this release but the logo was altered to say “Drastic” instead. Sound quality on this remastered LP is top-notch as has been the tradition for this label. It would easily rival any previous pressing as well.

If you are an Exploited fan and like vinyl this LP should have a spot reserved for it in your record collection. Those who missed out on it the first time now can pick up a better than original copy for a very fair price. Another job well done for Drastic Plastic Records and hopefully 2011 will find more quality releases coming out of their camp.