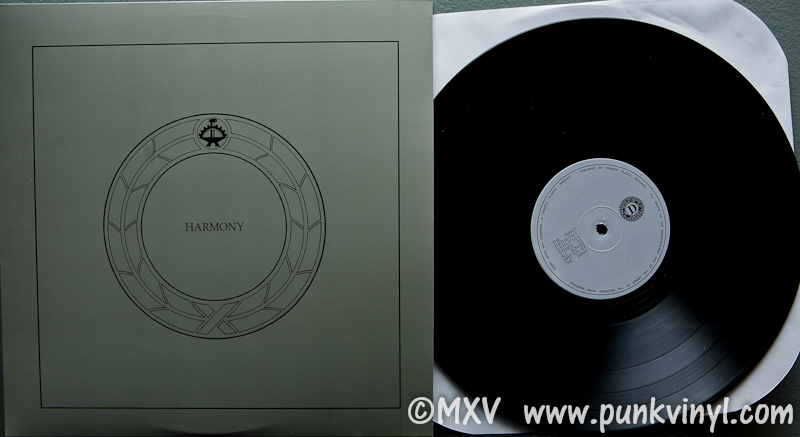 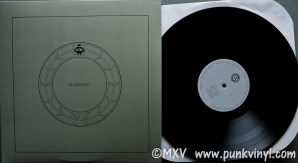 The Wake were a post-punk band from Glasgow that formed in 1981 and ended up joining the Factory Records label alongside many bands of similar ilk. The Wake stuck around a lot longer than most and even recently have been recording and playing occasional gigs or special events. They released their first LP, Harmony, way back in 1982 after self-releasing a 7″ single.

The Wake played a style of post-punk that was really starting to catch on back at the beginning of the 1980s. They have oddly tuned guitars that at time are quite reminiscent of early Cure. Sometimes there’s a clang to them and sometimes they drone. They are oddly hypnotic and even at times soothing while other times they can be more aggressive and demanding.  The bass lines have a striking similarity to Joy Division, but really all of the bands from this era and general area shared a similar bass sound and playing style. The bass is much more prevalent in the mix than your typical rock records and the bass is far less passive.  The songs are quite melodic, more so than some of the other bands in this genre and as a result The Wake’s first album is probably one of the most accessible albums from this time period and scene. It is a great slice of some exciting music from three decades ago that was outside the norm and the music holds up amazingly well (as does most of this stuff). This was an exciting time in music and this album is a perfect example of that.

The band left the Factory Records label some time in the late 1980s and eventually the label closed down. As with everything back then, the vinyl went out of print at some point either before or during everyone’s big switching to the CD format and this album hasn’t stepped foot in a record pressing plant in a quarter century. Drastic Plastic Records, while dusting off the masters of some of The Wake’s label mates, took it upon themselves to resurrect Harmony on its intended format, 12″ of black vinyl.

The record comes in a standard LP jacket that reproduces the original artwork and colors exactly as they originally were. The only thing that has changed is the record label information and adding a bar code. The record is in a plain white paper inner sleeve and is pressed on 180gm black vinyl. The labels look like the originals did too. The record was mastered from the original tapes and the record sounds better than the original (as do all of this label’s reissues). A lot of care was obviously put into the mastering job as the thing is flawless.

Kudos to Drastic Plastic Records for reissuing so many great records recently and continuing to do such an amazing job on the packaging!