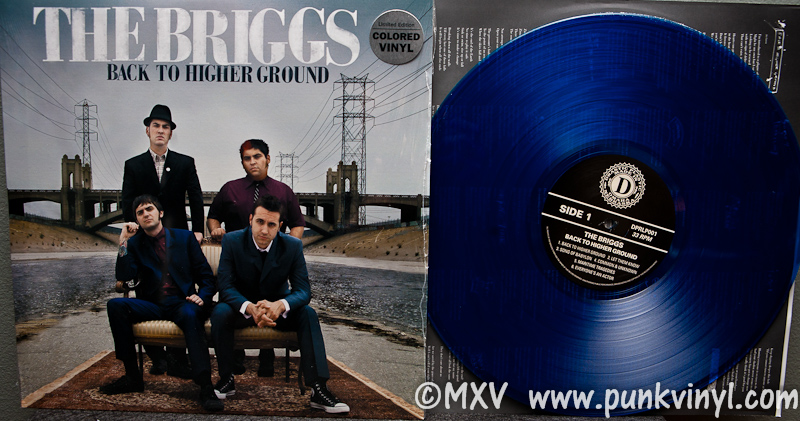 The Briggs – Back to Higher Ground LP 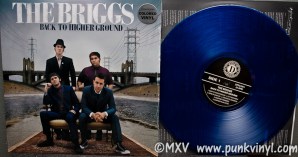 The Briggs are a Los Angeles punk rock band that is celebrating their tenth birthday this year. The band has built up quite a following with not only putting out some very strong albums but also through a lot of touring. They have been on a few Warped Tours over the years and have also shared stages with such punk heavyweights like Bad Religion among others.  Their music is melodic punk rock that shows influences by The Adicts, Social Distortion, Ramones, and modern street punk. Their songs are very tuneful yet maintain a good hard edge that keeps the blood flowing. They are also an incredibly energetic live band well worth checking out in person.

The Briggs originally released Back to Higher Ground on Side One Dummy Records back in 2006 but it only was available on CD when it was initially released. If you are like me and pretty much ignore CD’s unless they appear in your mailbox as promos then you probably overlooked this excellent album like I did. Now on the album’s fifth birthday it finally sees the light of day as a vinyl release. Drastic Plastic Records, who have really made a name for themselves in the world of vinyl by reissuing a lot of great old records has now dabbled in something a lot more modern. They show they not only have good taste in classic punk and post-punk but also in modern punk rock as well.

The record comes in a full color jacket that maintains the same artwork at the CD version except it looks way better in the larger format. The record is pressed on blue vinyl and comes in a black and white printed inner sleeve that has photos, lyrics, and credits.  The mastering job is as great as any of the label’s other releases and I imagine it sounds a lot better than the CD version with a lot more warmth. If you are a Briggs fan this LP is a mandatory purchase and if you are interested in checking out some newer punk rock (newer as in from this past decade) then this LP is a good one to check out.