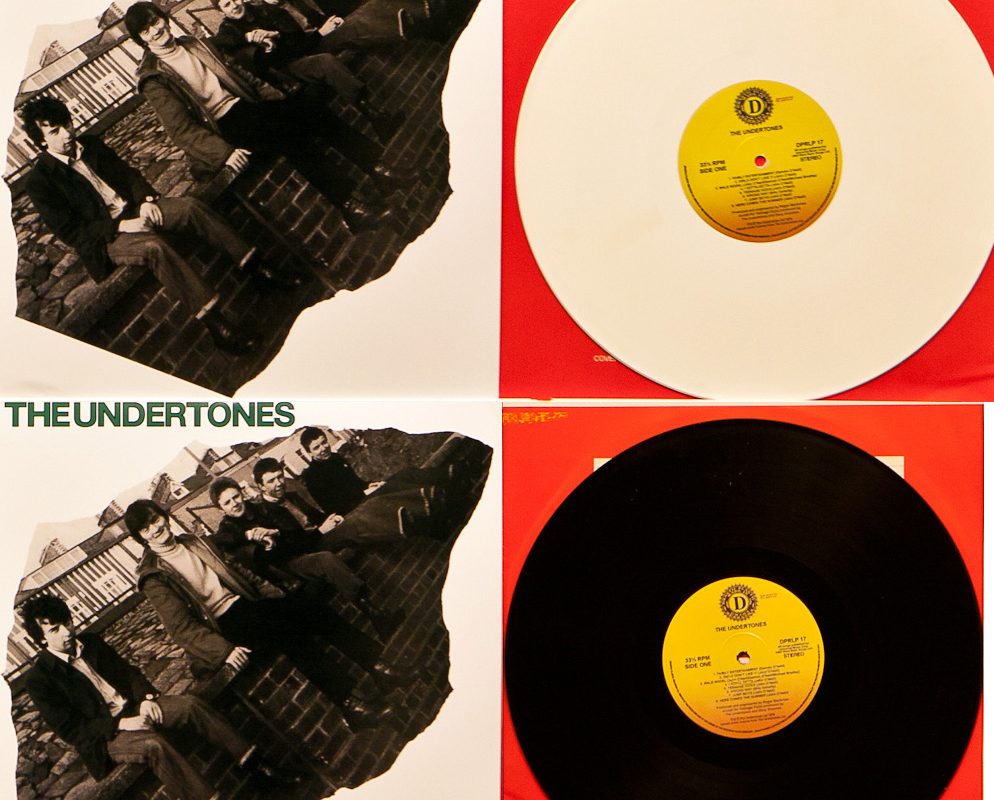 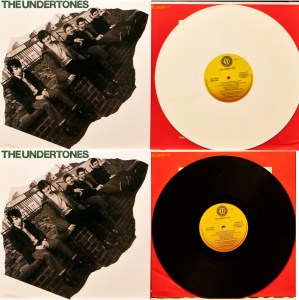 The Undertones were a punk rock band that actually started before the first wave of punk rock and quickly found their calling after hearing bands like the Ramones and Sex Pistols. They were from Ireland and were together from roughly 1975 – 1983 with their first album being released in 1979. They were a band I was familiar with in name only and never bothered to pick up records from due largely to the fact that I was so focused on North American punk in my teenage years that aside from a small handful of bands, I mostly ignored overseas punk bands.  As a result of this narrow focus (and narrow budget) I missed out on a lot of great records and bands back then and The Undertones are a prime example of this.

After releasing a few singles, The Undertones released this self-titled LP on Sire Records in 1979. The music has that distinctive 1st wave UK punk sound that fits in nicely with the Sex Pistols and 999. The songs are fairly short and fast but they are also equally melodic and punchy. You can also definitely hear a bit of a Ramones influence here in the way that their songs are pretty simple songs with good hooks that are played fast. The vocals are a bit on the raspy side which gives the songs that punkier edge that was prevalent for this time period. This album contains 15 tracks and there’s not a bad one in the bunch. This is as strong of a debut as the Damned and Ramones’ first efforts. The Undertones may be most famous for their song, “Teenage Kicks” which John Peel claimed was his favorite song of all time and it is easily the highlight of an already great album.

It may have taken me 30 years to finally discover this album but I’m sure I’m not the only one who missed out on this early punk gem the first time around or I’m certainly not the only one that doesn’t own it on vinyl. The vinyl has been unavailable for at least 2/3 of this album’s lifespan but that has just changed. Drastic Plastic once again stepped up and gave this album the high quality vinyl reissue that it deserves.

The LP cover faithfully reproduces the original artwork on a glossy stock that really shines. There are only subtle differences on the back cover like adding the bar code and the different label information. The LP is also hand numbered on the bottom right of the back cover out of 500. The record comes inside a full-color printed inner sleeve and the record’s labels look just like the old Sire labels except the Sire logo was replaced with the Drastic Plastic logo. They did two variations for the vinyl on this release: 180gm black vinyl or 140gm white vinyl, each in an edition of 500. I played both versions back to back and couldn’t really detect any discernible different in sound quality between the two so you are left to choose if you prefer looks or higher quality/heavier vinyl. Or considering how few they made of each one you could grab one of each if you are a completest like me. As a sucker for colored vinyl, I prefer the white vinyl because it matches the artwork and it just looks sharp. Either way I’m glad to finally own a copy of this album after being a fool who missed out on it all this time.

The first Undertones album should really be a staple of any fan of old punk’s record collection and Drastic Plastic should be commended (and supported) for bringing this old gem back to the people for a reasonable price in such an attractive package.