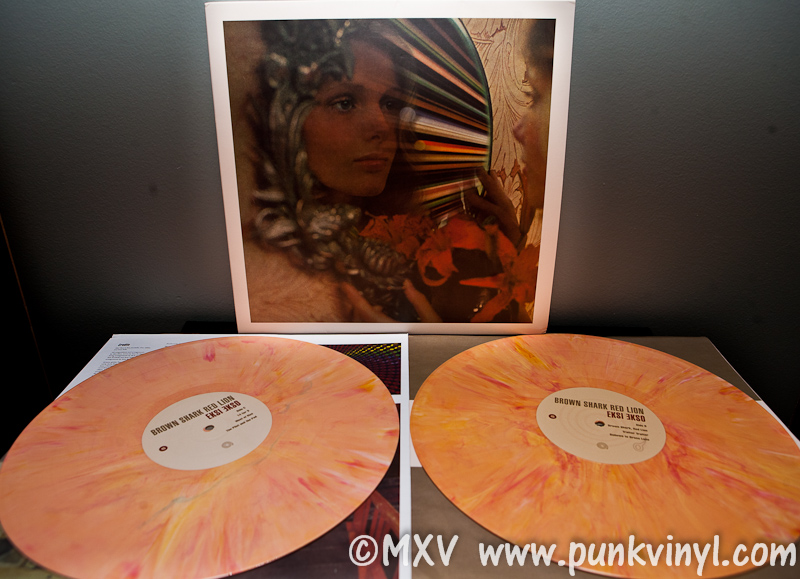 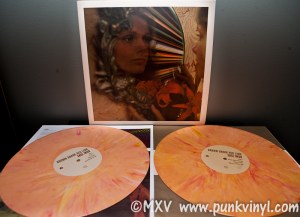 After changing the lineup and altering their sound the band returns with a complex mix of chamber music and indie rock. Complex, relaxing and most of all, interesting.
Rating:

It has been almost three years since Eksi Ekso last released an album and in that time the band has gone through lineup and sound changes. With all the shifting of personnel out of the way the band has returned with Brown Shark Red Lion. While their previous album had a lot of post-rock style elements in their music, Eksi Ekso has almost completely abandoned that in favor of more traditional indie rock and even chamber music.

The band has a really full sound on this new album that takes the structure of modern-day indie rock with mid tempo beats and melodic hooks and they add layers of complexity by adding chamber music elements such as piano, horns, xylophone and keyboards into the mix. The two styles mesh nicely together and give the overall sound a really big feeling of something you’d expect in a fancy orchestra hall rather than a bar or club. The drums have a particularly big sound to them that while not traditionally powerful, are instead hypnotic and impressive. There is a lot going on in these songs and it takes multiple listens to digest everything in a song but it’s not so overly complex that it becomes a distraction. The complexity adds a layer of depth that earns the album repeated listens before it starts becoming familiar and once that happens, the album becomes even more enjoyable.

The vocals are mixed slightly lower than normal and the melodic delivery makes them downright soothing and calming which fits nicely under the layered rhythms. The entire album has a very peaceful and serene atmosphere to it and Brown Shark Red Lion is a very relaxing album perfect for listening to while chilling out and unwinding from a particularly long and grueling day. With this new-found sound, the band seems to have found a unique and interesting place to take root moving forward and it will be interesting to see where they go from here. In the meantime, I’ll sit back and enjoy the ride while keeping this album near or on the turntable often.

The vinyl version of this album comes on two 12″ colored vinyl discs (this particular copy is on orange marbled vinyl) with full color labels and they play at 45 rpm. They are tucked into full color printed inner sleeves full of lyrics, recording information and photographs . They fit into the standard full color jacket with a matte finish. The packaging gives the album a look and feel of an old classic which this album will surely be considered someday. The CD version of this is equally impressive as the CD is packaged in a full-color, 28 page hardcover book! In both cases the album sounds fantastic with of course the nod going to the vinyl edition for its warmth which is especially evidence in the drums.

Few bands can make such a dramatic shift in sounds and pull it off but Eksi Ekso has managed to do just that and Brown Shark Red Lion on top of being a technical marvel, will go down as one of the most complex and interesting albums of the year.

The Mylene Sheath (for the vinyl and CD)