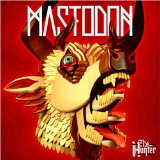 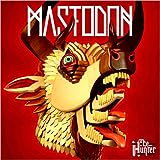 The most accessible Mastodon album yet and an addicting complex heavy metal/rock album.
Rating:

It has been a long couple of years waiting for a new Mastodon album. Their last album, Crack the Skye, found the band going off in a more musical and complex direction and was without question their best and most ambitious work to date. It was one of those rare perfect albums that you always want to play from start to finish. They set the bar incredibly high with that album and it was probably a relief that they took their time to craft new material and that new material finally materializes as The Hunter.

The Hunter continues the evolutionary path that Crack the Skye put the band on and as expected it has the band delivering their most accessible album yet. The Hunter contains a considerably higher number of tracks and shorter songs all clocking in at five minutes or less. The band takes a standard hard rock formula to the basic song structures on the most accessible tracks including really catchy choruses such as the ones in “Stargasm” and “Octopus Has No Friends”; two songs that warrant the purchase of this album alone. On top of this the band adds multiple layers of complexity with dizzying guitar licks and thick sounds. It will take you multiple listens just to dissect the layers of guitar work going on in all the songs on this album.

Despite the more accessible nature of this album, Mastodon has not gone soft at all. Even the more melodic songs on The Hunter still have satisfying heavy and meaty riffs and at their core Mastodon is still a heavy metal band. It is just that they have also evolved into a progressive rock, atmospheric heavy metal band. They infuse elements in their songs seamlessly from various styles of heavy music and make it look so effortless.  Fans looking for the raw thrashy style of Remission will have to revisit those early albums to satisfy that need as those days are long behind the band, but the band still pulls out the fast and heavy with “Blasteroid” which is the fastest and heaviest song of the thirteen tracks on the album. Their songwriting is quite unique and this along with Crack the Skye will go down as the band’s two best albums and will probably influence countless bands in the years to come and The Hunter certainly lived up to the high expectations set by its predecessor.

The Hunter at Amazon.com

The Hunter at iTunes