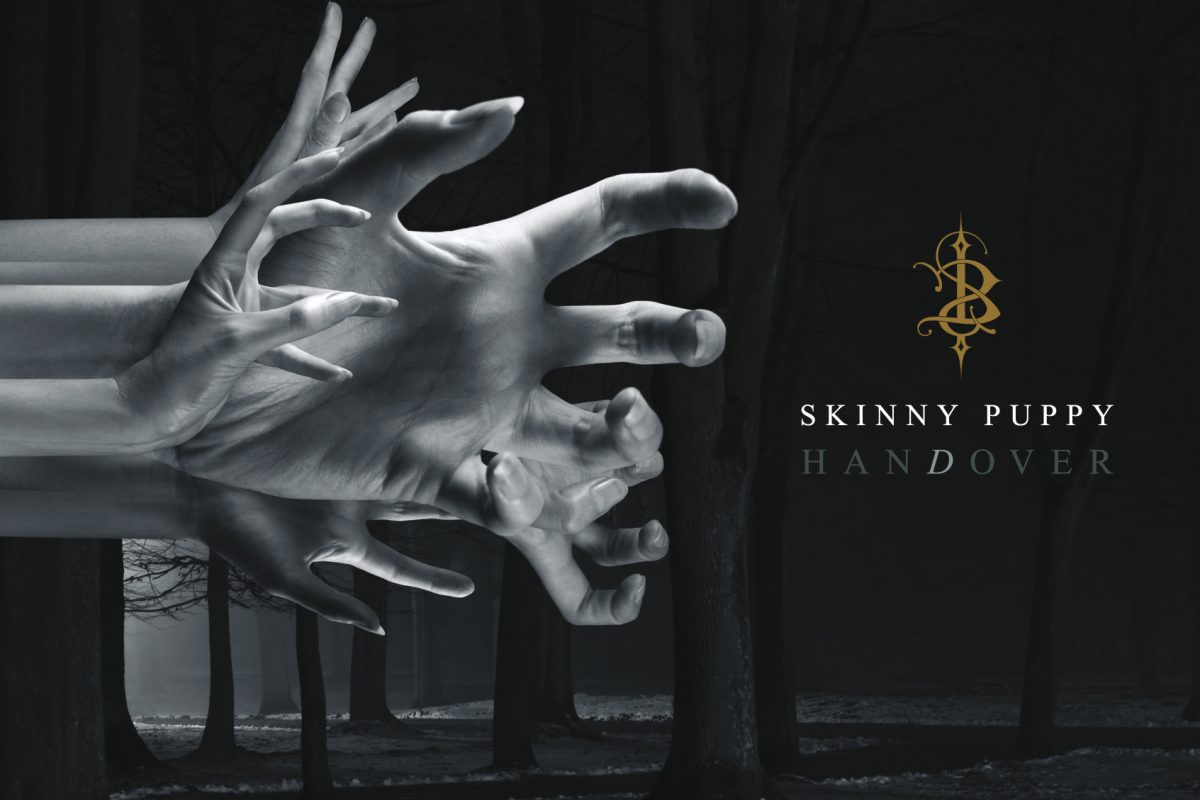 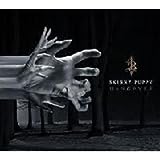 After a four year wait, Skinny Puppy return with an album that has a little something to satisfy every variety of fan and not only breaks new ground, but revisits some familiar ground from years past.
Rating:

It has been quite some time since the last Skinny Puppy album. In fact it has been nearly four years since Mythmaker was released. In that time the band went on one tour, saw their label go bankrupt, and the members released a couple of solo projects. Now that their label situation is sorted out, the band finally was able to release Handover, their 12th studio album in their near 30 year career (though the band was inactive for nearly ten of those years).  Nothing seems to come easy for the band and their label situation was nearly as complex as the music the band creates.

The album starts with “Ovirt” which has a classic synth and drum sound that makes the song sound like the offspring of something on the Bites album. It has that vintage Skinny Puppy sound that the band hasn’t revisited since the early days. The song is comfortable like a good pair of shoes and felt instantly familiar while still being a new song.  It’s a strong start to a Skinny Puppy album and the feeling of familiarity will please the long-time fans for sure. “Cullorblind” is a mid-tempo, haunting number with layered vocal effects and guitars on top of some really solid synth lines. It is one of the best tracks on the album and a perfect example of what makes Skinny Puppy so special.

“Wavy” is a much slower number with multiple layers of processed vocals weaving through a melancholic, atmospheric musical bed that features acoustic guitar and the track is one of the most accessible songs on Handover. The song is abnormally beautiful and welcoming as opposed to the more confrontational music they’ve become known for over the past 28 years. The accessibility continues with “Ashas” that is catchy in its repetition and melodic chorus.

The album picks up the tempo with “Gambatte” which is a fast tempo song with a lot more electronic elements that would make it a staple on the dance floor of a place like Medusa’s in Chicago if the place was still in business.  They turn up the electronics and the techno a lot on “Icktums” which sounds like if the band Underworld and Cevin’s side project Download joined forces and had Ogre contribute vocals to a song and put it on The Process album. It actually feels a bit out-of-place on the album and was a jarring shift in sound compared to all the songs that preceded it on the album.  “Point” reigns them back in a bit and sounds a little reminiscent of “Yes He Ran” with its abrasive sounds and mega distorted vocals. It’s a challenging listen proving that the band still can be abrasive and haven’t gone soft.

“Brownstone” is as twisted a song as they come with beeps and blips that sound like they were lifted from the old laserdisc arcade game, Cliff Hanger, for the “move accepted” and “incorrect move” sounds. They poke and prod the ears while a fast and steady beat keeps time while Ogre sounds like he’s reading from a demented story book that tells a tale straight from someone’s hallucinogenic nightmare. When you wake up from that four-minute haunting the band infects you with “Vyrusis” which is one of the other true standouts on the album. This track features great vocal treatment, distorted synths, driving drums, and mid-tempo hooks that make it one of the better of the modern-era Skinny Puppy tracks. It’s hard to decide whether this or “Cullorblind” wins as best song from Handover but either one of them warrant owning the album on their strengths alone. The album closes with a pair of noisier numbers, “Village” and “NoiseX”. The former being a fast tempo grinder with sing along  choruses and beefy bass synth and the latter being more of a noisy, chaotic soundscape which was experimental even by Skinny Puppy standards.

While not a perfectly cohesive album, Handover offers a lot of variety in the eleven tracks contained on it to appeal to just about every variety of Skinny Puppy fan and the strongest tracks just may win them over some new fans as well. The Steven R. Gillmore artwork was a nice treat too as his artwork was so synonymous with the band for the first half of their career. Overall Handover is an album worthy of being part of any Skinny Puppy fan’s collection and it goes down as a welcome addition to their incredibly solid discography, one that thankfully remains blemish free.