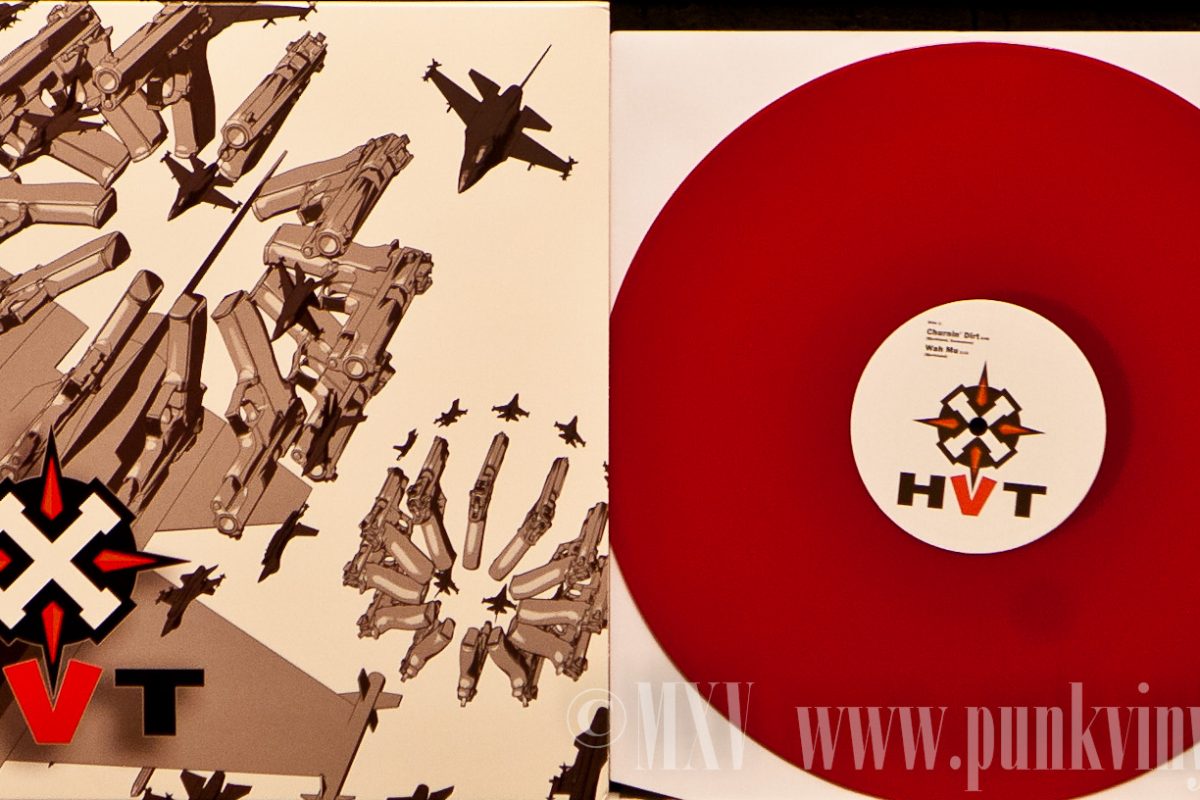 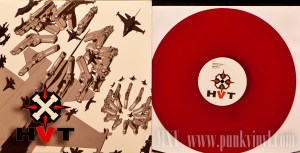 Two Chicago punk legends team up to deliver a very non-punk rock EP that would have been a huge hit on the Wax Trax label. Simultaneously retro and fresh at the same time and well worth picking up.
Rating:

High Value Target is a new supergroup duo that contains two Chicago punk rock veterans from the first wave. The band is Steve Bjorklund (of the amazing Strike Under) on vocals/computers/keys/gadgets and Steve Economou (of The Effigies) on bass. They played a show two Riot Fests ago opening up for the Busted at Oz reunion show and their set was really impressive and not what you’d expect from two punk rock veterans.

Instead of being a punk rock band, High Value Target fits a lot more into the Industrial/Wax Trax scene than the punk rock scene. In fact if I wasn’t around at the time and knew the catalog so well, you could easily have fooled me into thinking this EP was a Wax Trax release. The music is keyboard driven electronic music with live bass. It is sometimes dancy, sometimes repetitive, and sometimes a bit aggressive. What it almost always is, is catchy and enjoyable. It has a familiar retro sound yet also sounds unique considering how few bands are playing anything like this style of music currently.

The EP contains five songs. “Churnin’ Dirt” is probably the most aggressive of the songs and is full of plenty of attitude that would make any old punk proud. It also would be a big hit at any industrial dance club as it is super catchy with a great driving beat. “Wah Mu” completes side one and is a mid-tempo number that is slightly reminiscent of Front 242 with its synth lines and beat. Steve Bjorkland’s vocals, which have a bit of reverb on most of the songs is a great fit for this style of music and sound great on all the songs, especially this one. “Driving the Dynamite Truck” is similar in tempo and presentation to “Churnin’ Dirt” and another really strong showing. It has atmospheric synth sounds and a simple steady drum beat. “Saturday “Sometimes” is a much slower temp number with layers of noisy effects and an off-kilter synth line. It is the most experimental sounding song on the EP. Side two finishes with “Rocketship” which sounds nothing like the rest of the EP, instead it is a slower, mellow song that sounds like it would have been played in the end credits of a movie, it was also the only one not written by either of the Steve’s.

The record comes in a full-color, standard LP jacket with some very striking artwork. The record itself is on red vinyl and has full-color labels. The mastering job is pretty stellar and the record has a very crisp and full sound. There is no insert and there is very little in the way of information on the back cover aside from the band members’ names and the song titles. It is a bit like the early Foetus records in that respect with its minimalist information/packaging with bold, striking artwork.

The High Value Target debut is a wonderful surprise from a couple of legends of the Chicago music scene. They succeed in delivering something that sounds equally retro and new at the same time while giving us something that is out of the norm for modern music. It is definitely worth picking up for anyone who likes electronic post-punk music, industrial music, or just anyone looking for something different and interesting.

Email liz123c[at]yahoo.com to order a copy of the EP.