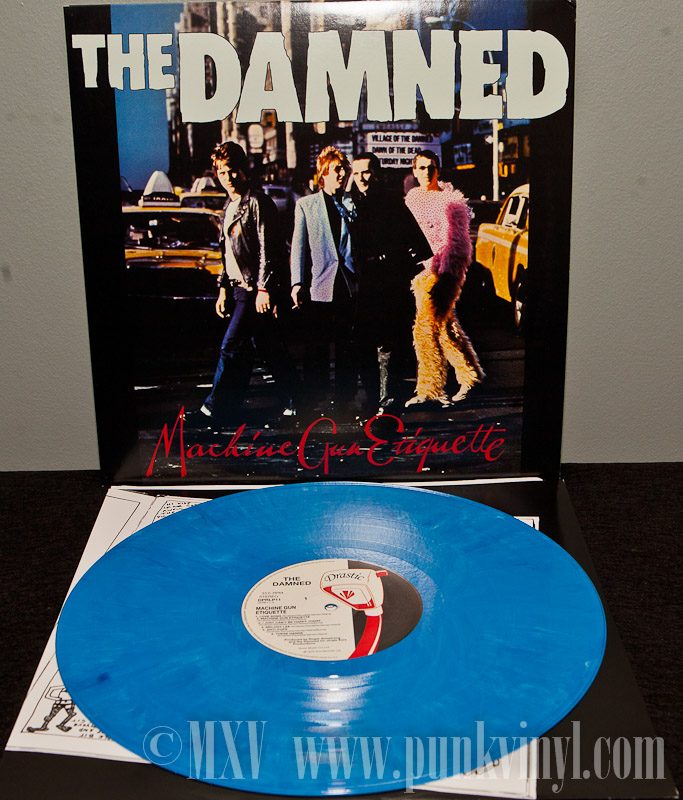 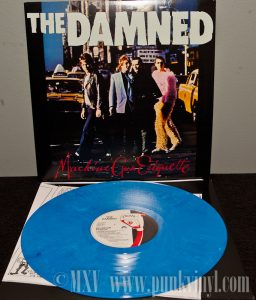 The Damned is a rare band that not only have they enjoyed a ridiculously long carer (longer than probably any punk band ever) but they also never really put out a bad record. Even their major label records of the mid 1980s where they had a more accessible sound were good (especially Phantasmagoria). One of the best Damned albums of all time, in fact one that may be their absolute best, Machine Gun Etiquette has just been given a fancy vinyl reissue.

In the 31 years since this album was released, it has never had a domestic vinyl pressing. There was plenty of UK pressings and some in other countries and it even came on a couple of colors of vinyl but unlike the two albums that preceded it along with the one that followed it (The Black Album), Machine Gun Etiquette was overlooked by any US labels. It was originally released by Chiswick Records in 1979. Some of the band’s finest material was on this album including “Smash it Up” (which is perhaps their most famous song), “Love Song”, “Melody Lee”, “Plan 9 Channel 7” and a cover of the MC5’s “Looking At You” which totally blows away the original. This album is one of the greatest punk rock albums of all time and every song on this record is great. It’s a rare record that is a great listen from start to finish. When it comes to punk records it just doesn’t get any better than this. 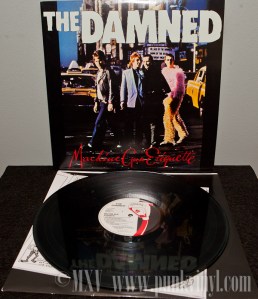 decade wrong by releasing this fancy vinyl reissue. I can’t think of a better label for this album to end up given Drastic’s track record of high-quality reissues and their attention to detail. First off the record sounds amazing. They spared no expense in mastering this thing and it is evident from the first listen. It is loud and clear and everything sounds as full as it should. The record itself comes in two variations: black 180gm vinyl or blue 140gm vinyl. Both versions sound great and I like that they provide the two best options to satisfy everyone’s tastes. The record labels re-create the original Chiswick labels but they were altered to say “Drastic” Whoever did this artwork did a fantastic job on it as it looks natural. The vinyl is placed in a glossy, printed inner sleeve that preserves the same artwork as the original inner sleeve 30 years ago (though that one was printed on a more cardboard like material) in black and white (again like the original). The LP jacket is a standard style, full-color cover that reproduces the original pressing’s artwork. They did a great job reproducing it and it’s not blurry or pixellated or full of moire patterns in the photos like a lot of reissues coming out these days. It’s sharp and the colors look great. This is as good of a reissue you could ask for and it is a top quality record both inside and out.

Drastic Plastic Records really hit a home run with this reissue as they did a fantastic job with it and it just so happens to be one of the best punk albums ever. With only 500 made of each variation these are likely to be gobbled up fast so if you are in the market to add a Damned record (or another Damned record) to your collection, I wouldn’t waste a lot of time as they are likely to go fast. Any collection worth its salt should have a copy of this album in it, or multiple variations of it!