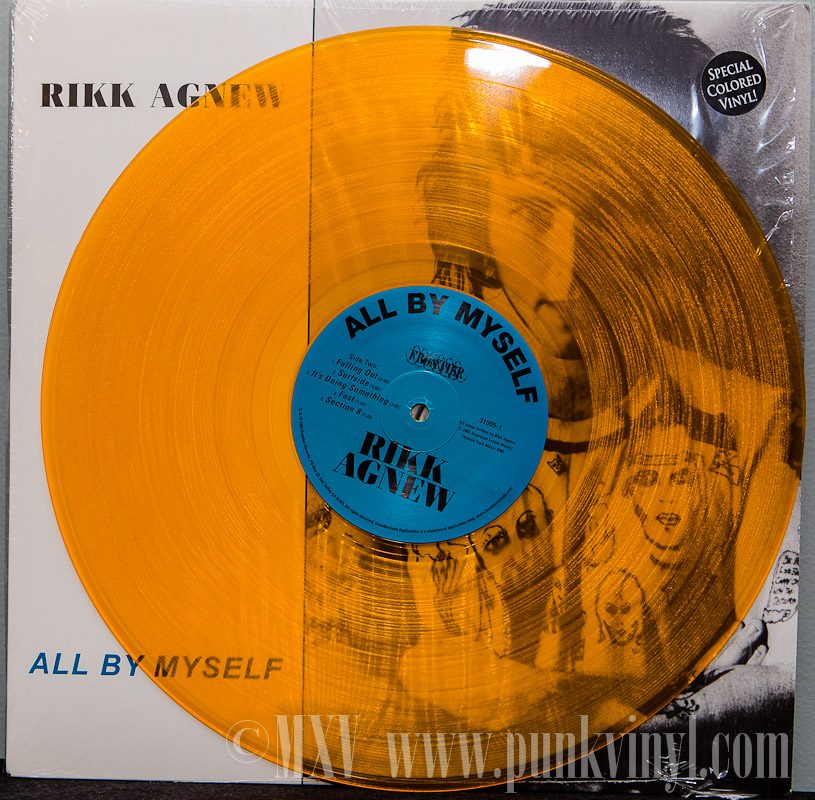 Rikk Agnew – All By Myself LP gold vinyl 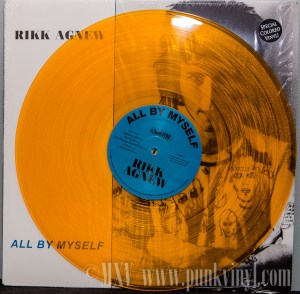 Rikk Agnew is probably one of the closest things you’ll find to a punk rock superhero. The man helped form and played in some of the best and most influential bands of all time. His resume includes The Detours, Adolescents, D.I., and Christian Death (a band largely responsible for the invention of Death Rock and one that really put goth on the map). He also did time in a later version of 45 Grave as well as various reincarnations of the Adolescents/ADZ.

Somehow during all that greatness Rikk also found time way back in 1982 to record a solo album appropriately titled All By Myself. It was released by Frontier Records and Rikk played every instrument on the album and sang all the songs (hence the title). It was an excellent but somewhat overlooked OC punk album that featured some really great songs including “OC Life” which you may recognize as a song that D.I. made famous. The music on here is rather similar to Adolescents and D.I. and is a perfect complement to those bands first albums. In fact at one time this album was included as bonus tracks on the CD version of the first Adolescents album.

The album went out of print in the early 1980s and it remained that way until a few years ago when Frontier Records dusted it off and gave it new (OC) life in the form on a nice colored vinyl reissue. Now this album is once again back in print on a new color of vinyl for a limited time. This time out the record comes on gold vinyl. It is pretty thick too, not 180gm but it definitely feels thicker than a lot of standard weight records out there. It comes in a standard jacket that preserves all the original artwork and adds a bar code on the back. It also comes with a two-sided lyric sheet printed on glossy paper. It’s a really great package from top to bottom and one that would be a welcome addition to anyone’s record collection.

With this reissue perhaps more people can finally catch on to this album that they may have foolishly overlooked. It deserves a place in any home next to the Adolescents, Christian Death, and D.I. albums and you can make that happen by picking one up direct from the Frontier Records website, a place where you will find many classic punk albums at a very attractive price by today’s standards which will be delivered to your door promptly.