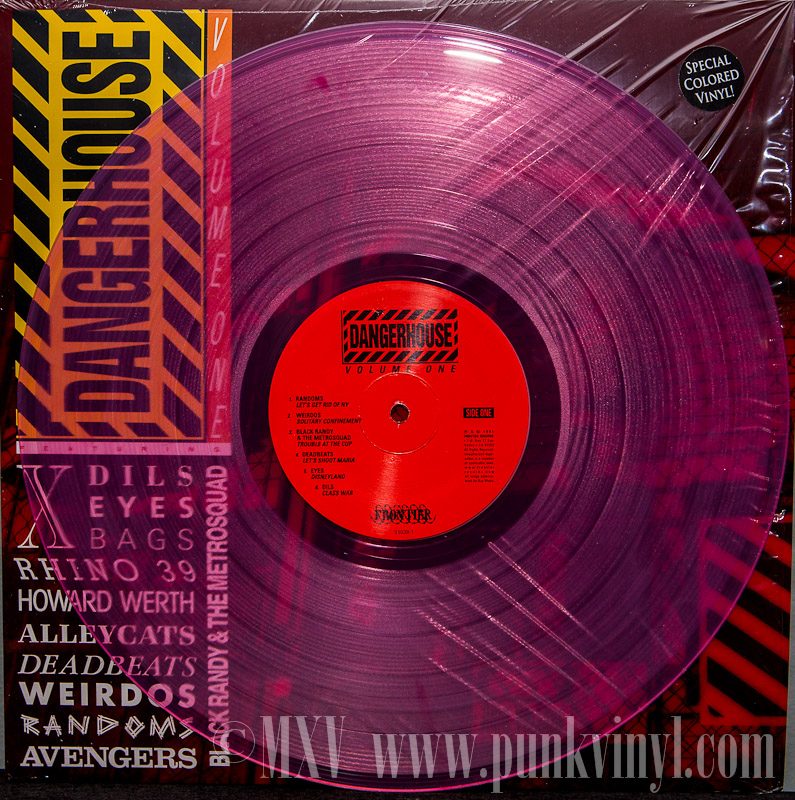 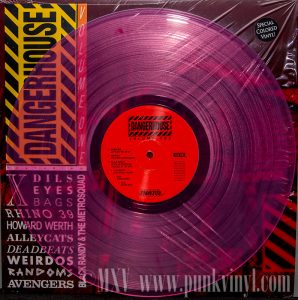 Dangerhouse Records was one of the first punk rock labels in the United States and it was easily the best and most influential of all time. In its short lifespan the label put out a handful of great and now legendary records from some of the best bands of the time. The label’s look, logo, and packaging have been copied for countless generations of punk rock and the records have become cherished prizes in the hands of record collectors across the globe. For years the only way to get a good portion of the Dangerhouse catalog was either if you were old enough to have purchased these records when they were readily available or if you had a trust fund and a lot of time to spend bidding on records on eBay. Some time in the early 1990’s, Frontier Records did the world a favor and acquired the rights to the Dangerhouse Records catalog and released this compilation of some of the greatest hits of the label. They eventually followed it up with a second volume years later.

This record is a veritable who’s who of first wave California punk rock. It features such heavyweights as the Randoms, Weirdos, Deadbeats, Eyes, Dils, Avengers, X, Alley Cats, Bags, and more. Twelve songs by twelve bands are featured on this LP and every single one of them is a classic. The album even has some liner notes from label co-founder David Brown.

Frontier Records, who in recent times has been reissuing their great catalog of punk rock classics on colored vinyl, has just pressed up a new batch of Dangerhouse Volume One on a new color of vinyl. This time it comes on translucent pink vinyl. The rest of the package is the same as previous pressings: full-color standard jacket, red and black labels, and no insert (since all the pertinent information and liner notes are found on the back cover). The music of course sounds just as good as ever.

This punk rock classic is available for a limited time direct from Frontier Records or should be available at any record store who carries punk vinyl and orders from ILD. Either way this record needs to be in every home with a turntable and a fan of great punk rock.