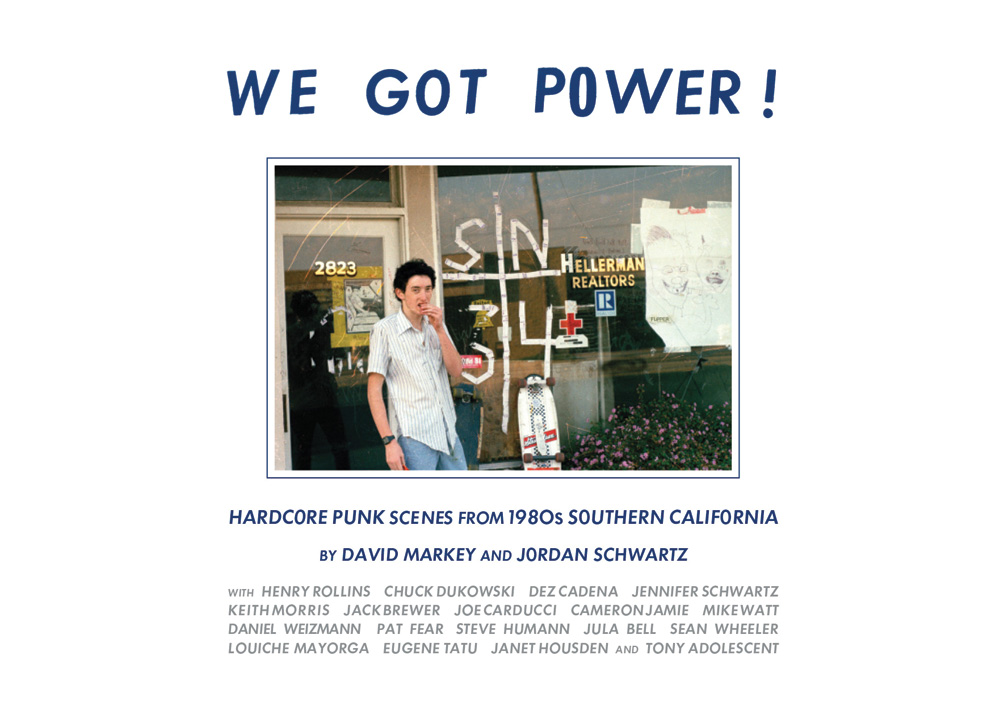 We Got Power! Hardcore Punk Scenes from 1980s Southern California 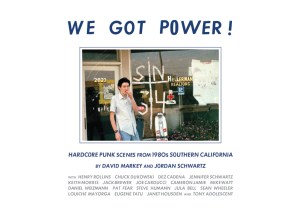 A book that not only compiles all the issues of the fanzine but an additional 200 pages of photos and retrospective stories from the people involved at the time. This book will become a permanent fixture on your coffee table for everyone to see!
Rating:

Back in the early 1980s hardcore punk scene, the compilation LP was king. That was the best way to check out new bands and the audio equivalent of the fanzine (which was the other way to learn about bands in the days before fancy computers and that thing called the internet).  My teenage self back then would buy any and every compilation I came across so long as it had at least one band that I’d heard of before and in doing so I’d be exposed to a lot of bands that I hadn’t heard of.  One of the very best compilations of that time was We Got Power: Party or Go Home which was joint effort between We Got Power fanzine and Mystic Records. The compilation was supposed to come with an issue of the fanzine inside but for reasons that differ depending on who you ask (the label or the fanzine), the zine wasn’t included and in fact stopped publishing around that time. Being the zine aficionado that I was, I eventually found a back issue or two and the zine itself was every bit as enjoyable as that compilation and it was a shame they didn’t last longer as they would easily have been as big and as good and MRR or Flipside, or at least Ink Disease.

We Got Power published a total of five issues. It was printed on glossy paper and had spot color (unlike pretty much every fanzine at the time which were printed either on newsprint or photocopiers). This high-quality printing was thanks to having a friend’s father (that friend being a member of the band, Circle One) owning a print shop. The zine had the usual interviews and record reviews along with scene reports, show reviews, general commentary, fiction, and whatever else they felt like including at the time. It also had some really great photos thanks to more than one member of the staff having a camera (and one other than ended up making movies). The zine was equal parts humorous and informative and overall it was a lot of fun. Sadly as time wore on and the scene changed, the fanzine ceased publishing before completion of their sixth issue (the one that was slated to come in the compilation) and the creators moved onto other things such as the bands they were playing in (like Painted Willie) or making movies (the two Lovedolls films and The Slog Movie among others).

It may or may not be a coincidence that a year or so after Touch and Go fanzine compiled all their issues into one incredible time capsule of a book, that We Got Power did the same thing for the same publisher. Regardless of where the idea came from the important thing is that these great little zines have been preserved and made available for a generation of people who missed them back then or for those of us who were around at the time and want a keepsake of a time long gone but never forgotten.

Having a book of just the five issues of the zine would have made for an awfully thin book so they went all out and turned this into not just a compilation of old zines but a retrospective look back at the scenes covered by those zines. A laundry list of “punk rock royalty” contributed a chapter each where they wrote their personal remembrances of the old days and the photographers included tons and tons of great old photos of the bands and the people involved in the early 1980s hardcore scene in Southern California. The result is a coffee table book that is equal parts photo book, history book, and fanzine compilation.  The stories included as told by such people as Henry Rollins, Chuck and Dez of Black Flag, Keith Morris, Pat Fear, Tony Adolescent, Jeff and Steve McDonald and tons more are so interesting to anyone who grew up at this time that it made the book nearly impossible to put down and these photos, many of them never published, are fantastic!

The first 209 pages of this hardcover book with glossy pages contains the stories and tons of photos. Reading and looking through them alone would have made this book worth of purchase and permanent display on a coffee table. The fact that the zines are included in their entirety was just the icing on the cake. The pages appear to be scanned off the printed zines and as a result they are in the same colors as originally printed. While the pages have been reduced to fit on the page (two zine pages per book page), thankfully the book is tall enough that everything is still totally legible and not hard to read. The zine pages took a lot longer to read due to the amount of content and the smaller print. They even included all the completed paste-ups they had for the unpublished sixth issue which had some fun little interviews and more great photos. That last bit of buried treasure is followed up by a cool “where are they now ” section which was a nice touch.

Much like the compilation and the zines, this We Got Power book is a fine piece of punk rock history and a wonderful read for anyone who was there at the time or anyone interested in the early hardcore scene. It was a unique and wonderful time and nothing will ever come around like it again. This book preserves it for countless generations to see and the book should be the top of every punk rocker of any age’s Xmas list.

We Got Power Films