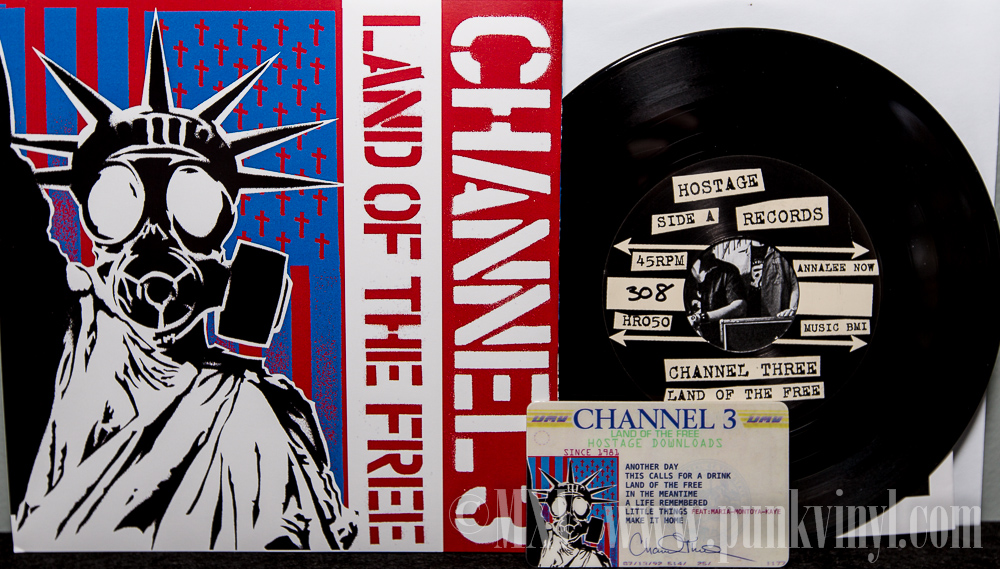 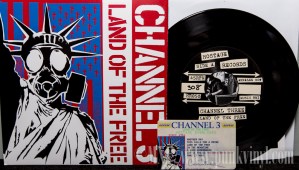 Two new songs from these punk rock veterans that are as good as it gets. Powerful, catchy mid-tempo songs that will be stuck in your head for days. Great packaging and free bonus tracks in the download!
Rating:

Channel 3 (CH3 for short) has been around a long time, 32 years to be precise. The band started in Southern California in 1980 and put out a couple of great records on the Posh Boy label before leaving that label to record for a lot of other labels over the years. In the middle to later part of the 1980s instead of going metal they did a bit of a swerve and went in more of a rock direction. Also unlike a lot of other bands from their era who followed a somewhat similar path, CH3 never stopped playing and in fact in recent times they’ve found their niche between their classic punk sound and rock. The results have been that modern CH3 records have been nothing short of excellent. The band has always been fun and always put on great live performances and while they aren’t as active as they were in their younger years due to things like jobs and families, the band still plays shows regularly and does short weekend tours all over the country when possible and thankfully every couple of years we get at least a new single which leads us to the purpose of this story.

Channel 3 finally graced us with a new record in the form of this two song 7″ single. “Land of the Free” is a fast tempo melodic punk song that has a bit of 70’s punk influence to it and the chorus has a great sing along hook. The song is energetic and a fairly quick burst of goodness. It’s the kind of punk rock that CH3 is famous for. “Make it Home” is a mid-tempo song with good hooks, punchy guitars and a really catchy chorus. The band has always written great melodic punk songs and this rates up their with the best of them.  The song will get stuck in your head after the first or second listen and I predict the ending will be a big hit with the crowd singing along at live shows. This song alone was worth the wait for the band to release some new material and easily tops their last fine effort and even the excellent A-side of this single!

The 7″ comes in a full-color wraparound 3/4 sleeve (like the old Dangerhouse singles except it wraps sideways instead of the bottom). The record comes on black vinyl and the label is hand-numbered. There’s a lyric/photo sheet included as well as a download card. The download card is an actual plastic card that is printed in full color and made to look like a California drivers license! The download itself contains not only the two songs from this record but six additional songs! That makes for an incredible value as you get a great 7″ vinyl along with a total of 8 digital songs to take with you when the turntable isn’t handy.

It’s rare that a punk rock band sticks around as long as Channel 3 has and even rare that a band that’s been around this long still kicks ass. This 7″ is proof that CH3 still has a lot to offer and that they deserve to be considered punk rock royalty. The packaging of this record, great songs, and bonus download tracks make this a mandatory purchase even for those fools who don’t even own a turntable!