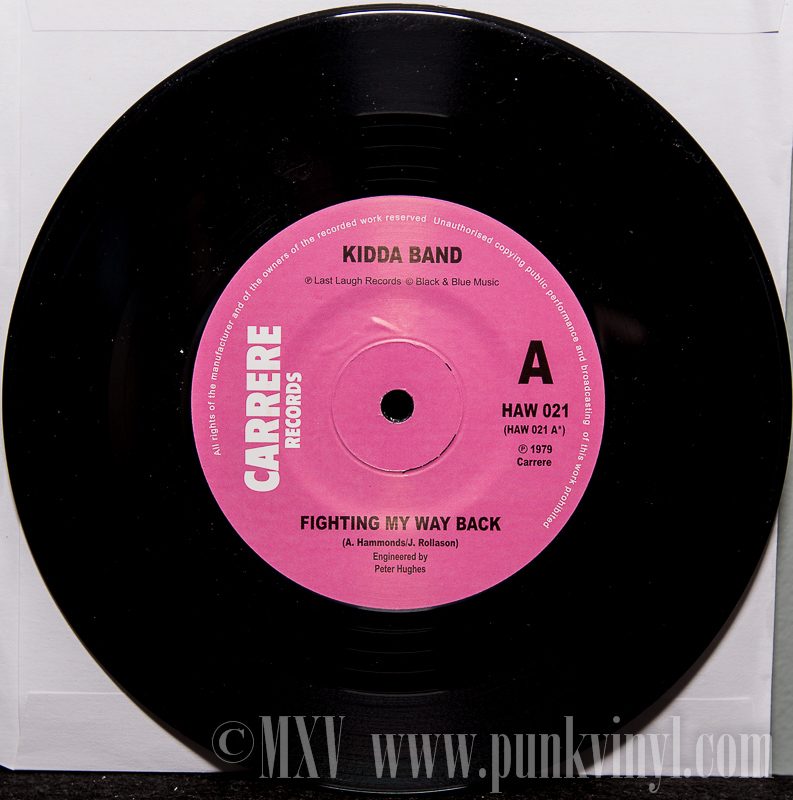 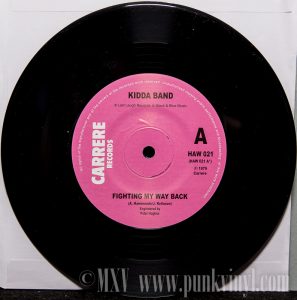 Kidda Band was a British power-pop band that formed in 1976. They put out a handful of singles that never really set the world on fire but were good in their own right. Of course not every band gets the appreciation they deserve when they are still around and actively putting out records, sometime 20 or 30 years needs to pass by before people finally catch on. The band stuck around for ten years although it would appear that the last few years they were around didn’t result in any recorded output. After they broke up, like many great yet obscure bands, their records became cherished collectors items that would pull in huge money on the secondary market which only served to make the records even more desirable as that was the only way to hear their great songs.

Last Laugh Records, whose owner must spend at least a majority of his week scouring the globe for amazing and rare obscure records, has once again blessed the world with the gift of an affordable vinyl reissue of an amazingly catchy record that finding an original copy of is not only a long shot but an expensive proposition. As has been tradition with their reissues, it looks very close to the original and sounds every bit as good. The record they chose to reissue was the second Kidda Band single; “Fighting My Way Back”/”Saturday Night Fever”. The single is a one-two punch of the most catchy power-pop recorded on either side of the globe. Imagine a more tuneful Ramones that played a little slower with far more tuneful vocals. Imagine all the best parts of pop music mixed with enough punch to not make you feel like a sissy for liking it. Imagine five or so minutes of music that will get stuck in your head all day long and leave you wanting more. All these things exist in these seven inches of vinyl.

Like the original, this record was pressed on black vinyl and housed in plain white sleeve. The vinyl has a nice heft to it. The labels look very close to the original (based on photos I was able to find) with some small changes/additions to reflect Last Laugh Records being the issuer. Unlike an original copy, this reissue won’t cost as much as your rent and will only set you back the price of a lunch at a fast-food restaurant. The single is every bit as addicting as that value meal would be except this record is far healthier for you. Anyone who enjoys high quality power-pop (and really who doesn’t?) needs to have this record in their collection as it’s two amazingly catchy songs will bring in years of enjoyment and leave you wondering why the hell this band didn’t become more well-known back in their day. Better late than never I suppose!