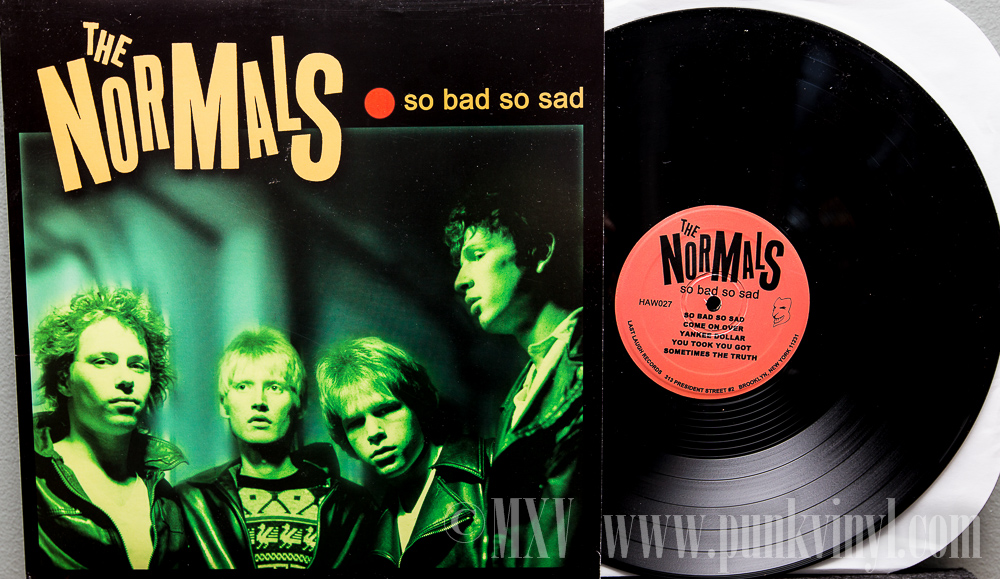 The Normals – So Bad So Sad LP 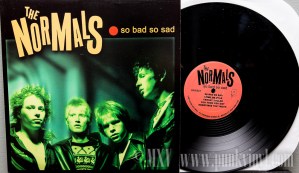 The Normals was a band from New Orleans that formed in early 1978 and is largely regarded as the first punk rock band from New Orleans though the band themselves never had aspirations of being so, it just sort of turned out that way. The band only stuck around for a couple of years and near the end they even packed up and moved to New York City where they failed to take off and then like all good bands of legend, they broke up. In their wake they only released one 7″ single that is highly regarded as a punk rock masterpiece and as a result it fetches rather large sums of money when any appear on the secondary market. While the band may have only released one single, they recorded more songs back then and those have finally been released on vinyl for the first time on this LP titled So Bad So Sad which came out recently on Last Laugh Records.

The Normals played 1970’s style punk rock and roll. The songs were mid to fast tempo but they weren’t ultra fast or hardcore (as hardcore really hadn’t come to fruition yet in 1978). They had loud and punchy guitars and an attitude in the delivery of the songs but they were also kind of catchy at times in a more new wave sort of way. The songs are all catchy enough to hook you in and have enough balls to them to satisfy any punk rocker’s need for punch. When you think of 70’s style punk rock, this sound fits right in and really stands out as killer stuff at a time when this style of music was so fresh and exciting.  While it was a crime that The Normals didn’t last more than two years, the real crime is that they broke up and only left behind one release and it took three decades to get the rest of their songs out there.

The LP contains 11 songs and there’s not a bad one in the bunch. This band was way ahead of the curve and it’s easy to see why they could be credited for starting punk rock in New Orleans. The last track on here, “Almost Ready” is an alternate mix of one of the songs from their legendary 7″ single and it, along with the rest of the songs have never been released on vinyl until now. Thankfully this stuff finally is seeing the light of day on vinyl.

The LP comes on black vinyl and comes housed in a standard color jacket. The sound quality is fantastic and stands out among similar retrospective collections. The only real criticism one could make of this is the lack of any liner notes as some history and photos would have been a nice touch. That aside the music on this album is an amazing collection of unreleased punk songs that is a perfect example of why this style of music was so special. Once again kudos to Last Laugh Records for doing the world a huge solid by releasing yet another vinyl slab packed full of great and rather unknown punk rock that deserves to be heard by everyone and a part of any punk fan’s record collection.