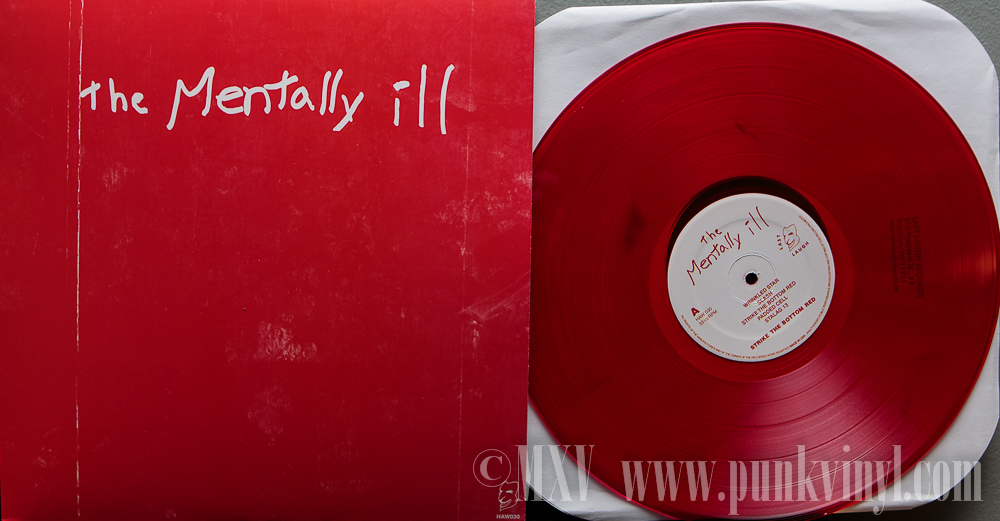 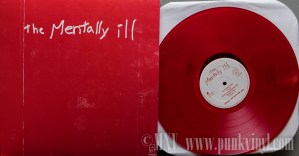 The Mentally Ill was one of the earliest punk bands from Chicago and they were easily one of the most demented and twisted punk bands ever.  They put out one 7″ which became a KBD classic a decade or so after its release (and after the band vanished) and back when they released it they never played a single show. The band was a mystery to just about everyone and they often times snuck copies of their record into stores in some sort of reverse shoplifting in order to get their record out there into people’s hands.  A quarter century after their release and subsequent disbanding, The Mentally Ill reunited to play their first show ever for the premiere of the Chicago punk documentary, You Weren’t There (a fantastic film that is a must-see for any fan of punk music) and since then has remained partially active playing occasional shows. Aside from having all their early works reissued by both Alternative Tentacles and Last Laugh Records, The Mentally Ill decided to record new material that they sort of secretly self-released in 1999 which was as mysterious as their first record and even harder to come by. The album was called Strike the Bottom Red and it now has received a very non-secretive vinyl release courtesy of Last Laugh Records.

What’s rather amazing with this album is that a two decades later The Mentally Ill was able to tap into that twisted and unique sound of their past and apply it to a somewhat more accessible sound than their early works yet somehow come out of it with it sounding like the next logical evolution of the band. This album could easily have been released a year or so after that first 7″ and it likely wouldn’t have sounded much different from this. The band still has a really off-kilter guitar sound that is sometimes fuzzed out but always grating and abrasive. The vocals aren’t quite as snotty and squealing as they used to be but they are still snotty and demented. The drumming is more refined and this album actually has a really great drum sound due largely to the fact that they recorded this with Steve Albini. The songs on this album are somewhat catchy yet still remain twisted punk rock that will never cater to the general population. It’s a rare thing when I band can pick up where they left off after reforming, especially when two decades passes. The Mentally Ill remain as viable now as a punk rock band at their more advance age as they did in their youth. Those who “get it” in regards to this band will be quite pleased with the band’s “new” offering. Anyone who has seen the band play live since their reformation will recognize many of the songs on this album as staples of their live set and the title track of this LP alone is so good it warrants the purchase of this LP and had it come out as a 7″ 25 years ago people would be paying a hefty sum of money for original copies of that too along with Gacy’s Place.

The LP comes on red vinyl (limited to only 100 copies, the rest are on black) and comes in a red and white standard LP jacket. The labels are white with red printing. The front cover has rather minimalist artwork with only a crudely drawn band name on it and it’s made to look like it is old and worn. The back cover has all the song titles and lyrics along with a photo collage of the band.  It seems fitting that there isn’t much else in the way of information given aside from the band members’ names as there has always been a bit of mystery surrounding these guys. It may have taken a dozen years but it’s great that this finally got a proper release, especially on vinyl. Last Laugh Records hit another home run with this one and deserve everyone picking this excellent punk rock slab up so they keep our record collections growing with records like these!