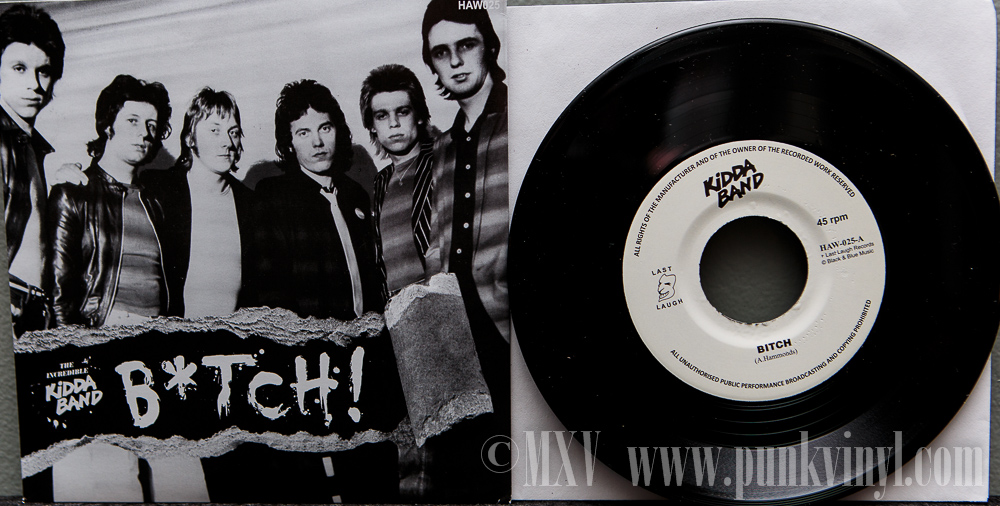 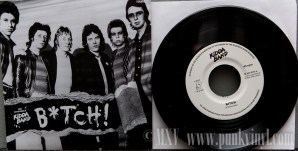 Back when the Incredible Kidda Band (also known as just Kidda Band) was an active band, they went largely overlooked despite making some great power-pop singles that fit in well with the sounds of the early punk scene at the time that it was just starting to emerge. The band not only recorded and released a few singles but they had some demos too that sadly were never released, that is until now with this new Incredible Kidda band release.

“B*tch!” is a mid-tempo power pop song that is really catchy with a sing along chorus. The music features some fuzzy guitars and a catchy guitar riff. The song is a slap in the face to some lady who probably wronged the songwriter and is easy to relate to. It is exactly this kind of music that helped shape the punk rock that followed and I mentioned before in my last write-up on this band that they were like a better Ramones. That may sound blasphemous to some but these guys had more of a punch to their sound which is what made a lot of the punk rock that followed so great.

The b-side, “She’s a 50″ is even more catchy and loud than the title track. It has loud, slightly distorted guitars and is a raw but tuneful power-pop number toes the line between abrasive and accessible. It has a garage-pop low-fi feel to it and is destined to be a staple of playlists (the modern equivalent of the mix tape) for fans of this style of music and fans of 1970’s punk rock. How these two songs never made their way to vinyl for the past 35 years is a crime against music, but better late than never. It is a strong pairing of songs like these that made the 7” vinyl format so appealing in the first place.

Last Laugh Records, who reissued some of Incredible Kidda Band’s earlier releases, is the label responsible for bringing these two demos to the public in the vinyl format. They are quickly becoming the modern-day Dangerhouse Records with their great catalog of obscure reissues. The record comes in a black and white folded picture sleeve and the record is on black vinyl with black and white labels. There’s no insert and no liner notes but what really matters is the music and both sides of this record more than justify the purchase price. If you don’t believe me, give a listen to the a-side of this single here.

Once you realize how excellent this is and that you can’t get the song out of your head, go visit Last Laugh Records and thank them by getting yourself one while they are still available. I guarantee if you sleep on it too long and it goes out of print, you’ll regret it and end up paying a hefty sum for a copy on eBay someday.