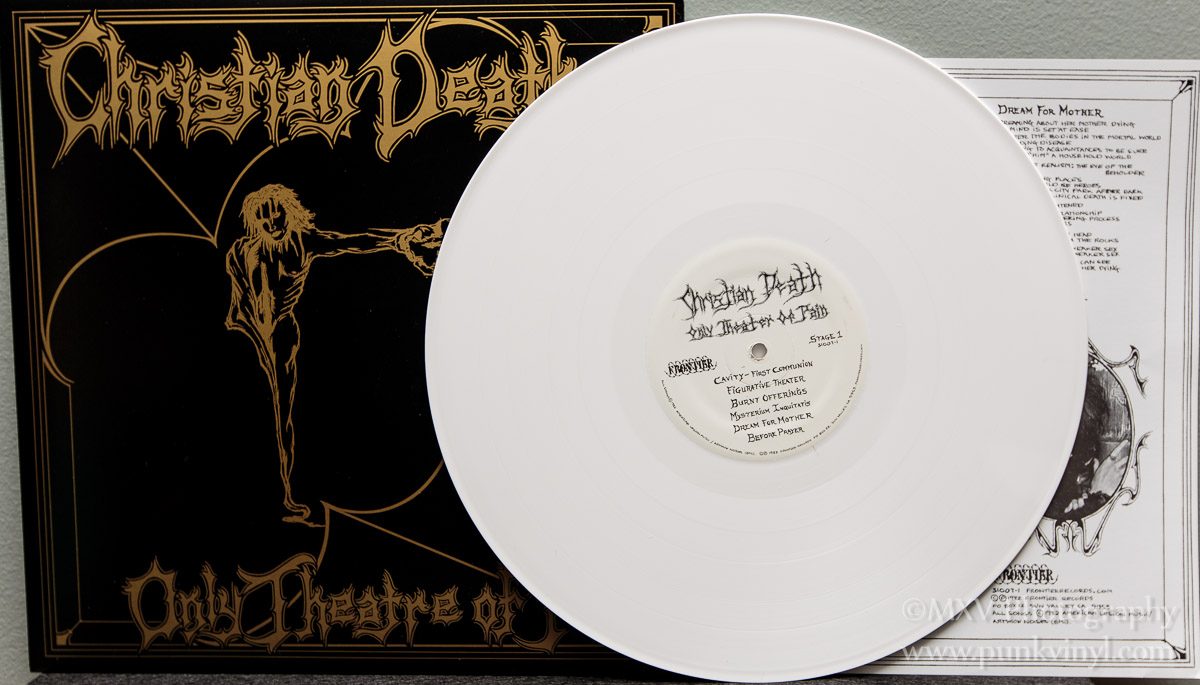 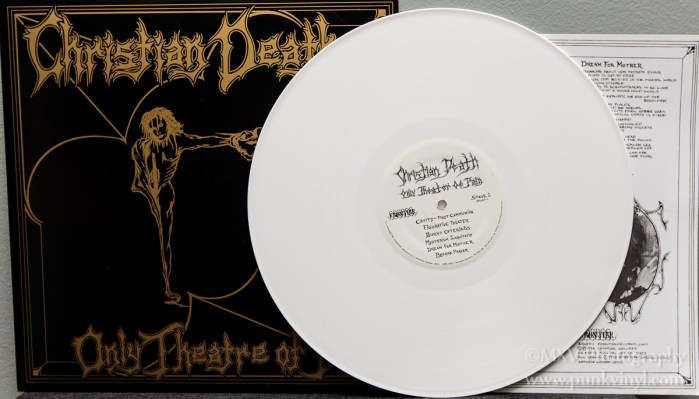 In 1982 (which if you do the math was 31 years ago which means I’m getting really old) a little band from Southern California which featured Rikk Agnew fresh from his stint in the Adolescents put out their debut album on Frontier Records and defined an entire genre of music. That band was called Christian Death and the genre they pretty much invented was death rock. They may not have been the very first to do it however they certainly were the best and will go down in history as perhaps the most influential. Their debut album, Only Theatre of Pain will certainly continue to be the benchmark album in the death rock genre that all others will be judged by and never equal. There was something magical in the air in Southern California in the early 1980s and so many bands at that time released records that went on to become timeless classics that are being enjoyed today by people who weren’t even born back when these records were released.

So as a Christian Death fan and a vinyl collector did you ever say to yourself, “I would sure like that remastered Christian Death LP but I’m a purist and prefer the original pressing’s cover art. If only there was some way to blend the two”. Well quirky death rocker, you can now have your wish thanks to an error at the pressing plant where they accidentally used the wrong covers to fill a repressing order.

The remastered edition of Only Theatre of Pain featured a parchment looking cover with slightly different artwork and the vinyl was remastered from the original tapes and sounds better than ever. The first pressing came with a bonus 7″ that was exclusive to that pressing only and is now gone. Since this record is one of the finest records of its time and still sells regularly, the label ordered up a new repress on white vinyl. The intention was it was to be a white vinyl record in the same new sleeve as the first pressing (sans bonus 7″) and that’s what they asked for but when the boxes arrived from the plant what was inside wasn’t at all what they expected.

What they got was the white vinyl remastered LPs housed in the old original artwork covers that were used for the final few pressings before the remastering. It contains the two-sided lyric sheet that was found in the first pressing of the remastered edition and the labels are also correct for the remastered edition. Much like when they accidentally  mixed chocolate and peanut butter which resulted in a popular candy bar, this accidental mixing of vinyl and covers resulted in a collectible variation of this great album. This wasn’t a large pressing, in fact it was limited to 600 so they won’t be around long at all. If you are a Christian Death collector you are going to want this one for sure as it will end up being probably the most scarce variation of this record once it is gone with the low press run plus this will be the only time you can get the “best of both worlds” mixture. If you want one you better visit the Frontier Records website and grab one while you still can.