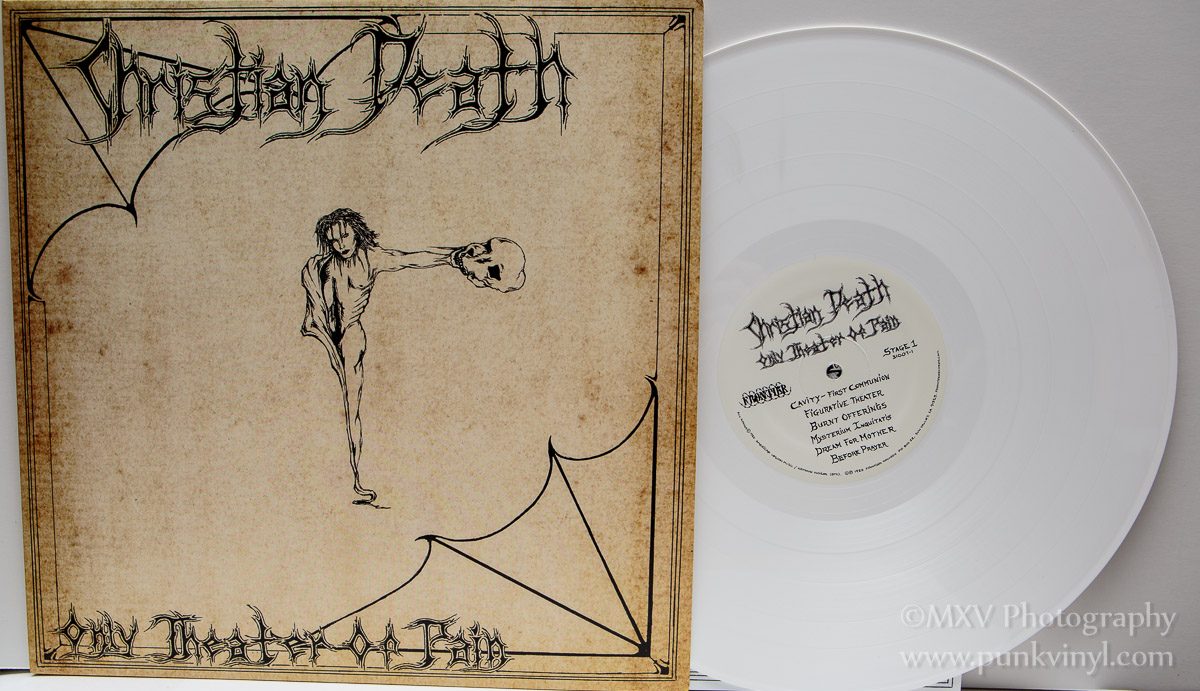 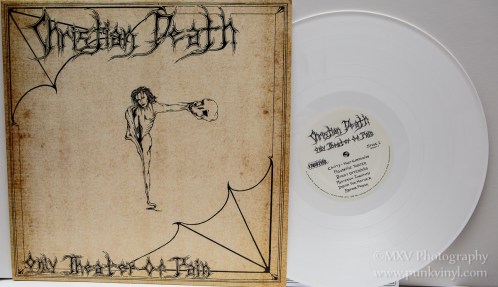 Fall is here which means the weather gets colder, the days shorter, the leaves change colors and the favorite holiday of death rockers/Goths takes place, Halloween. Tis the season for death rock and goth music and what better way to ring in the prelude to the most depressing season on earth (winter) than with a new variation of the death rock bible, Christian Death’s Only Theater of Pain LP?

Earlier this year when the first pressing of the remastered edition of Only Theater of Pain ran out, Frontier Records intended to make a second pressing on white vinyl without the bonus 7″ that was exclusive to the first pressing. The plant messed up and put them in the wrong covers which led to the limited edition “error pressing”. Now the true second pressing of the remastered edition is out in its proper packaging and color variation. The LP is on lovely white vinyl which matches the skin tone of most death rock fans who avoid the sun like the plague. The remastering job on this album was excellent and is a definite improvement over the original 1980’s mastering job. It comes in the revised cover that looks like it is drawn on parchment and features the original Rozz Williams’ artwork on the front cover that had different lettering that what ended up being used on the original version of the album. It also comes with a two-sided lyric sheet that also has some great photos on it. The music on here is timeless and hugely influential. In short the record is a masterpiece and I still listen to it often even after owning it for close to 30 years now. One of these deserves to be in every record collection (or a dozen of them if you are like me) and it would make a great thing to give out to trick or treaters for those of you with a lot of disposable income looking for alternatives to passing out candy.

With the dedicated fan base this band has three decades later it is likely that this edition won’t be around forever so if you want one you should waste little time getting over to the Frontier Records website and grabbing one for your own record vault.