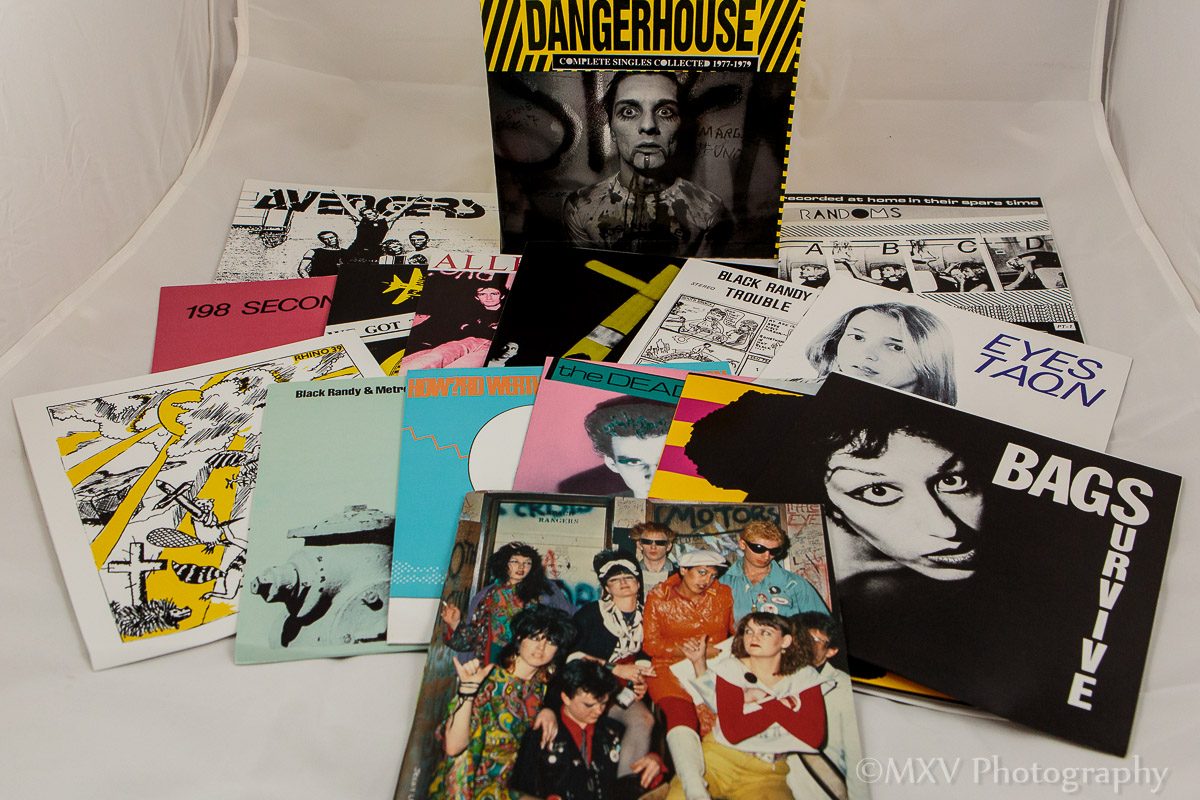 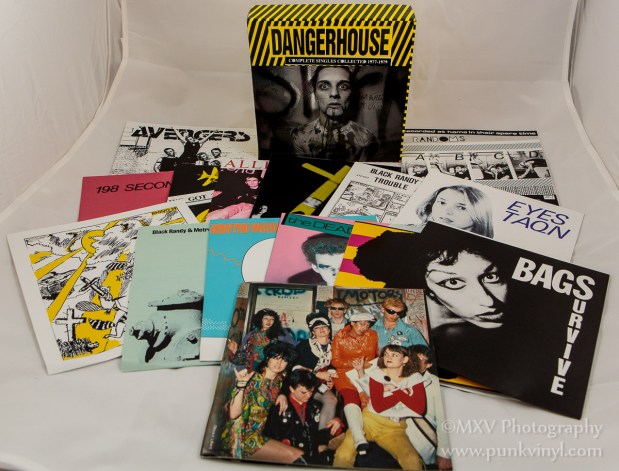 When it comes to American punk rock there is no greater record label than Dangerhouse Records. This label formed in 1977 and only lasted a couple of years but everything they put out was punk rock gold. In the late 1970s the punk rock scene in California was a hotbed of amazing and unique bands and most of them ended up releasing a single on Dangerhouse. They had the Avengers, the Weirdos, X, The Dils and more. Some of them went on to become household names and some of them didn’t last longer than the time it took to release their record but all of them were great.

The label may also be responsible for 7″ records in fold over picture sleeves becoming the standard packaging for punk singles as I can’t think of many labels doing that before Dangerhouse came around. Their packaging, the artwork, and the music was all top-notch. The label put out 14 7″s, a one-sided compilation 12″ and one full-length LP before the label ceased operations. The records soon went out of print and instantly became collectors items and continue to be to this day. People still rabidly collect the records on the label and they often trade for hefty sums on eBay and the like. Some of the records were bootlegged over the years and some of the catalog was officially reissued in a pair of compilations called The Dangerhouse Collection on Frontier Records, who purchased the rights to the Dangerhouse catalog years ago but aside from the Avengers and Bags singles, none of the Dangerhouse 7″s have ever been officially reissued in their original format. A Dangerhouse Records 7″ box set seemed like it would have been a no-brainer to release but it took a very long time for someone to step up to the plate and make it happen but the day has finally come!

Frontier Records, one of the finest independent record labels of all time, has partnered up with Munster Records in Spain to deliver this box set, Dangerhouse Complete Singles Collected 1977 – 1979. This is a 14 7″ box set that reproduces every 7″ the label released. The records are very faithful to the originals and contains all the original, unaltered artwork for both the sleeves and the record labels. The only thing that differs in the packaging is the better stock of paper used for the singles and that they don’t come inside poly bags (perhaps this set’s only flaw). Each 7″ is pressed on black vinyl and each one of them sounds excellent. The records all come inside a nice box and the set includes an amazing full-color booklet that has an interview with the founder of Dangerhouse Records, David Brown, as well as tons of great photos of the bands back in the day. The booklet alone makes this set worth picking up but it is the great music that seals the deal. This set was well worth the insanely long wait (these records have been unavailable for over 30 years now) and this is a must-own for anyone who is a fan of punk music. To this day these are some of the greatest punk rock records of all time and they are all collected in one box!

This box set is a one-time limited edition of 1000. There will not be future editions so once they are gone they are gone for good. The set is a little pricey but if you think about the fact that you couldn’t even buy two original Dangerhouse singles for the price of this box then it actually is a very good deal. Most of these are being sold by Munster Records out of Spain but Frontier Records has a small supply that they are selling on their website which will save you a bunch of money on shipping this from Spain. There is also a really nicely packaged double CD version of this set that also comes with a smaller version of the booklet included with this box set as well as another little booklet that has scans of all the original 7″ sleeves. It too is a very nicely done package and a good bargain for those of you who prefer CD’s over vinyl. I wouldn’t waste much time in picking one of these box sets up as the fan base for this label far eclipses the amount of box sets produced and aren’t likely to be around very long.