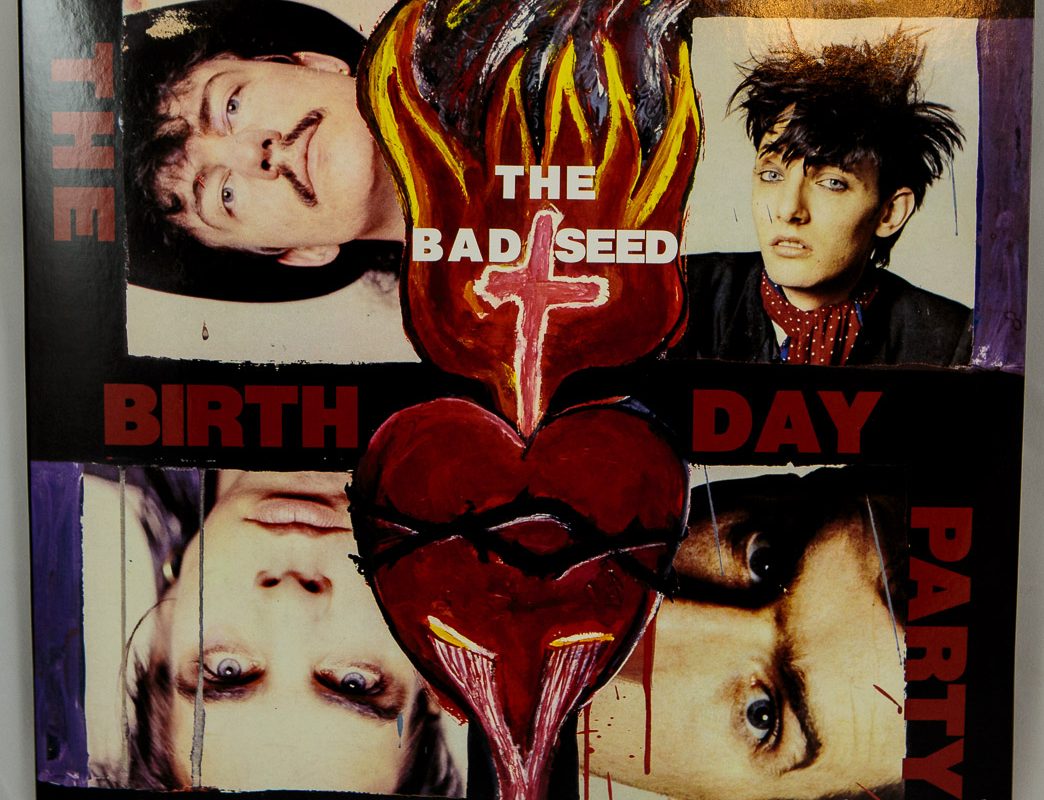 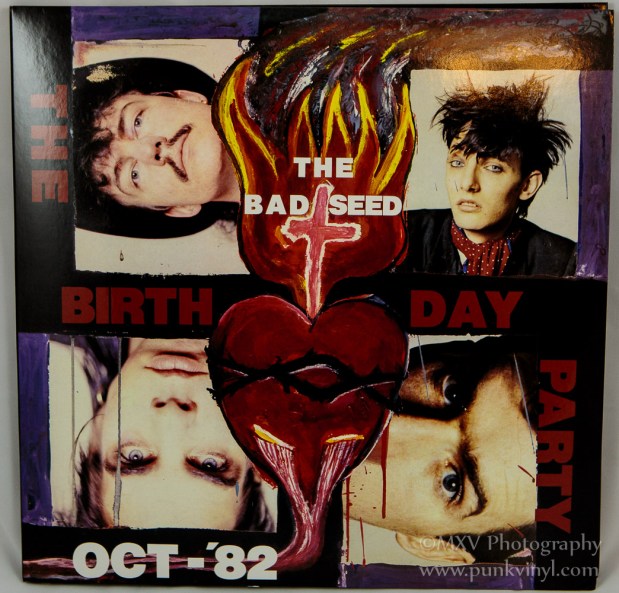 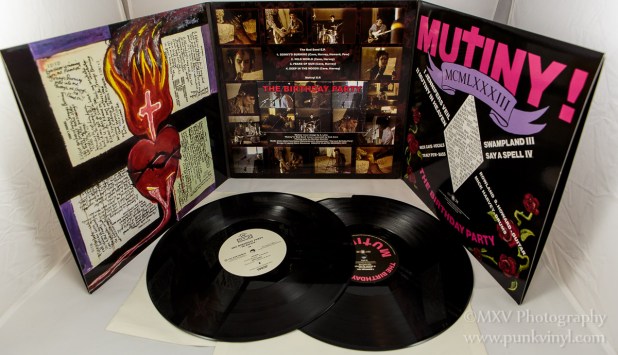 Before embarking on a solo career with his band, The Bad Seeds, Nick Cave was a member of legendary post-punk band, The Birthday Party. The band existed from 1978 – 1983 and released a handful of great, influential records before breaking up like most great bands of that era did. Nick Cave and his Bad Seeds enjoyed a long and successful career and The Birthday Party went on to become a legendary band from the past that is still held in high regard with generations of music fans who weren’t even born when the band broke up, especially in the goth scene where they were considered pioneers. Their music mostly stayed in print on CD but the vinyl releases went out of print and stayed that way for decades until Drastic Plastic reissued a bunch of them a couple of years ago and those too went out of print rather quickly.

When Drastic Plastic reissued those Birthday Party records recently they didn’t do the final two EP’s the band released before breaking up and as a result those records were unavailable on vinyl since the early 1980’s but the label corrected that with this new deluxe reissue that features the label’s most ambitious packaging to date.

This package is really quite unique and the label spared no expense in giving this the deluxe treatment. The cover is a triple gatefold sleeve printed on thick and glossy stock that just reeks of high quality. Each end of the gatefold has an opening on each side so you can remove each 12″ record on the outside or the inside. Each end portion faithfully reproduces the artwork of the original EP’s while the center section features all new artwork and photos as well as the track listing for the entire package. In the inner center section is a pocket that houses a bonus 7″ in a full color picture sleeve and that record features two unreleased songs! The records are pressed on either 180gm black vinyl or colored vinyl (the colors match the artwork but sadly they sent over a black vinyl copy so I have no photograph of it). And each copy is hand numbered on the back cover. This reissue was pressed in an edition of 1500 copies. Like all recent Drastic Plastic releases, this was mastered at Masterdisk and they once again hit a home run with the sound quality. It sounds incredible and sounds every bit as good as the packaging looks making this thing a must for Birthday Party fans as well as Nick Cave fans.

This record sets the bar unbelievably high for deluxe reissues and it does so for a smaller price than other labels charge for much less of a “deluxe package” and this record is a must own for anyone with even a remote interest in record collecting and certainly a must have for any fans of this style of music. Act fast before it is too late as the last round of Birthday Party reissues that Drastic Plastic did sold out very quickly.