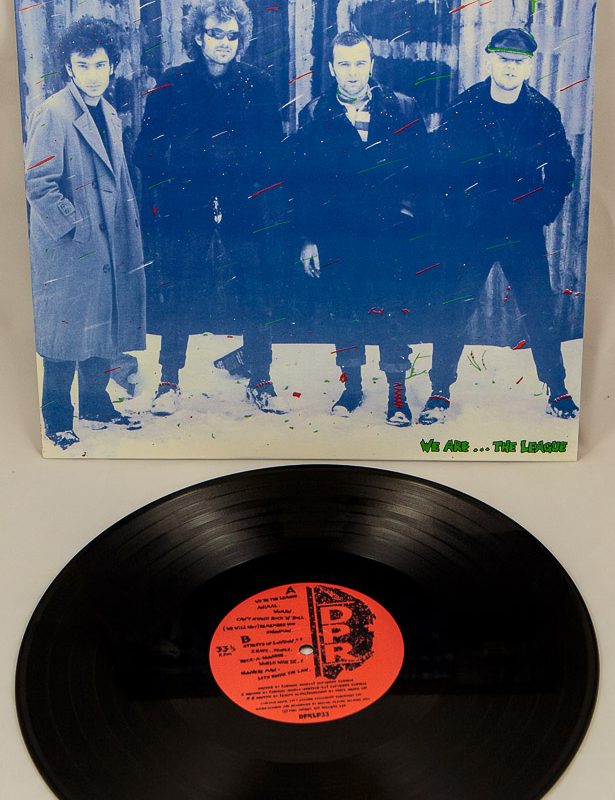 Anti-Nowhere League – We Are… The League vinyl reissue 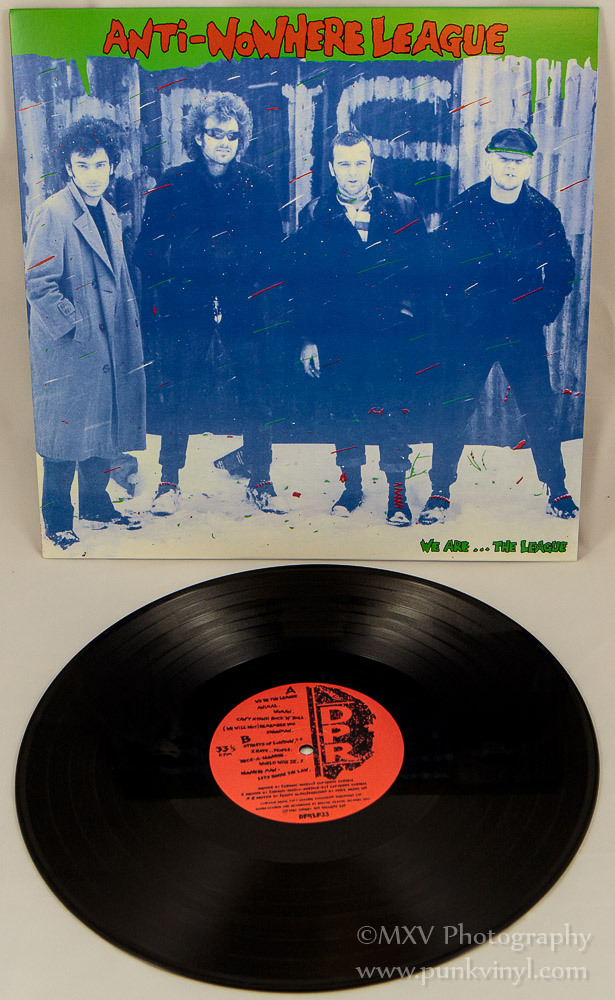 If I made a list of the all-time best punk albums from the 70’s/80’s it would probably be pretty long (and it would probably get shared around that Facebook a lot more than most of my articles because people apparently like lists) and I’d guaran-damn-tee you that you wouldn’t find a single Rancid record on that list or any album that came out later than 1990 because if you are talking best punk albums of all time, they could only have been made in those two decades. I was always partial to the North American punk and was a lot more selective about what UK bands I liked but aside from The Damned and the Sex Pistols, the Anti-Nowhere League are easily at the top of the heap of best UK punk bands. Their debut album, We Are… The League is an absolute punk rock masterpiece from start to finish. It had great songs, great attitude and was raunchy and vulgar enough to piss off your parents. The band had a tough look and a loud sound but their songs also had good hooks underneath those loud guitars and brash vocals.

The band formed in 1980 and put out a couple singles before releasing their this, their first album, in 1982. The singles were great and this album was even better. It became one of those staples of punk rock just like the first Sex Pistols album, the first Damned album and the early Ramones albums. In my early teenage punk rock years this record was a mainstay of many a record collection and it seemed like every punk rock friend I had owned and adored this record. The band put out one last great single, “For You”, after this album before they drastically changed their sound as evidenced on their horrible second album, The Perfect Crime which came off as a soft rock album compared to the first one and the band soon broke up. The band subsequently reformed a few years later and endured a number of lineup changes and continued to release records but none of them came close to capturing the magic of their early records. The band still exists in some format today and continues to play shows where they stick to the good stuff and as a result they are still a band worth seeing.

We Are… The League was released by WXYZ Records in 1982 in the UK and in the USA it was released through Faulty Products. It was in print for a number of years but eventually fell by the wayside on vinyl as did most albums of the time. It was reissued a couple of times by a couple of different labels but it has been out of print on vinyl for quite some time now. It was time that someone did a proper vinyl reissue and a high quality one at that and that time is now thanks to Drastic Plastic Records. The cover art is faithfully reproduced on a standard color jacket. Some of the information on the back was updated such as label information and adding a bar code. The record is in one of those fancy paper lined poly sleeves (the same thing as the Discwasher VRP inner sleeves) and the record itself comes in two variations: super heavyweight 200gm black vinyl (pictured) or regular weight green vinyl (unfortunately not pictured) with red and black labels that recreate the look of the original WXYZ labels but the label initials changed to DPR (of course). It was mastered at Masterdisk and as usual they totally nailed it. I compared this A/B against the original Faulty Products pressing and this one had a more even sound whereas the original had the high-end very hot. I much preferred this one to any of the previous pressings. This will now be my go-to copy every time I pull this album out to play it (which is still quite often).

This album is one of those classic punk rock staples that every single person needs to own. If you have a turntable you need to have this album and with it sounding better than even the original pressing there is no excuse not to pick this up while you still can. With only 500 of each variation pressed these are likely to be gone by the end of the year.