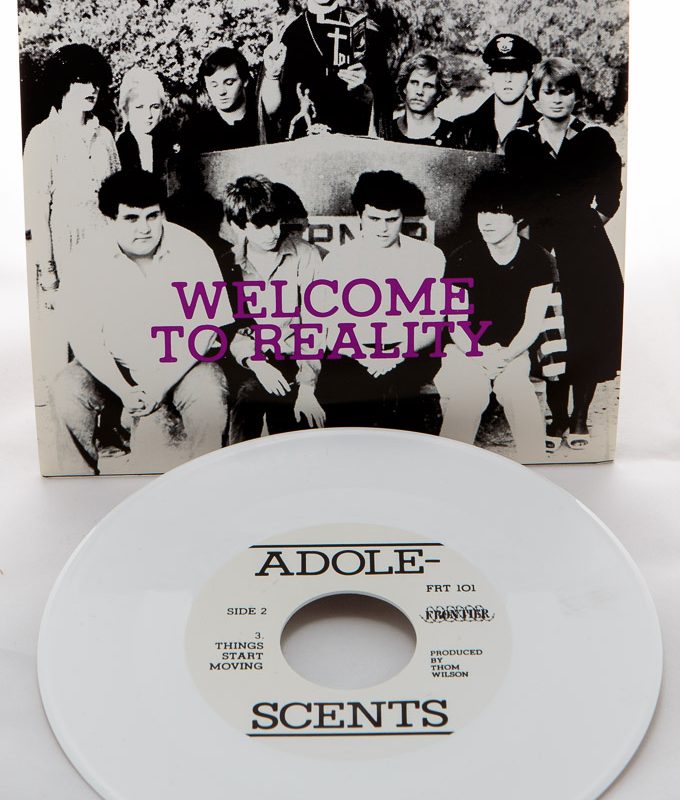 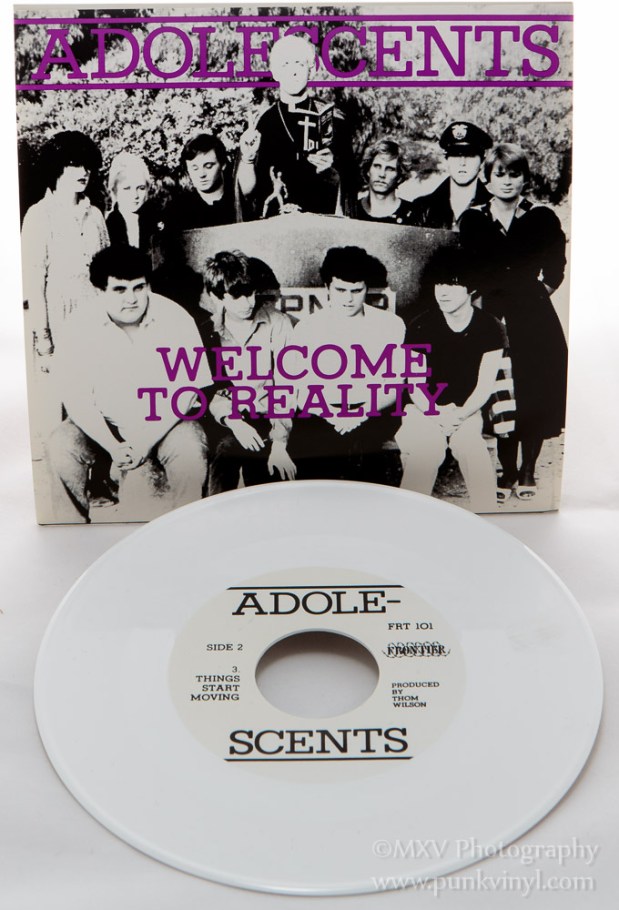 For as great as the first Adolescents LP is (one of the finest punk records of its time), I think I like their Welcome to Reality 7″ more. Back in the mid ’80s finding a copy of this single with the picture sleeve wasn’t easy as Frontier Records had stopped issuing it with a picture sleeve after the initial first pressing. When I found myself a copy I was stoked because not only did the record have three great songs, making it a perfect punk rock EP but the cover just looked awesome. I loved the Ed Colver photo on the cover and the overall look just oozed punk rock in the early ’80s.  The title track to this single is still my favorite Adolescents song.

This single was originally released in 1981 and was the first 7″ release for Frontier Records who until then had only released 12″ vinyl. The first pressing had the picture sleeve and then when they did a second pressing they stopped making the sleeves for them and just issued them in a plain white sleeve. Around 1990 they finally reissued it with a picture sleeve and it came on purple vinyl and was numbered on the back cover. Years later it was issued one more time on red vinyl with the numbering continuing where the purple version left off and then the record went out of print in the 7″ vinyl format and was replaced by a 10″ version that added a bonus track which was recorded at the same session that yielded this EP.

Now after years of being unavailable in its original format, Welcome to Reality returns 7″ vinyl with a brand new color vinyl pressing. This edition is on limited edition white vinyl and the vinyl is also very thick. It comes in the original picture sleeve that is numbered on the back like the previous two pressings and the numbering picks up where the last edition left off. The sleeve is a fold-over style and has the lyrics printed on the inside. The music is the same three punk rock gems that has enjoyed frequent play on my turntable for the last 30 years and will continue for the next 30 or more. If you don’t have one of these singles and claim to like punk rock then you are a poser and should relinquish your punk card immediately; that or order yourself one of these little gems from Frontier Records before the format goes out of print yet again!