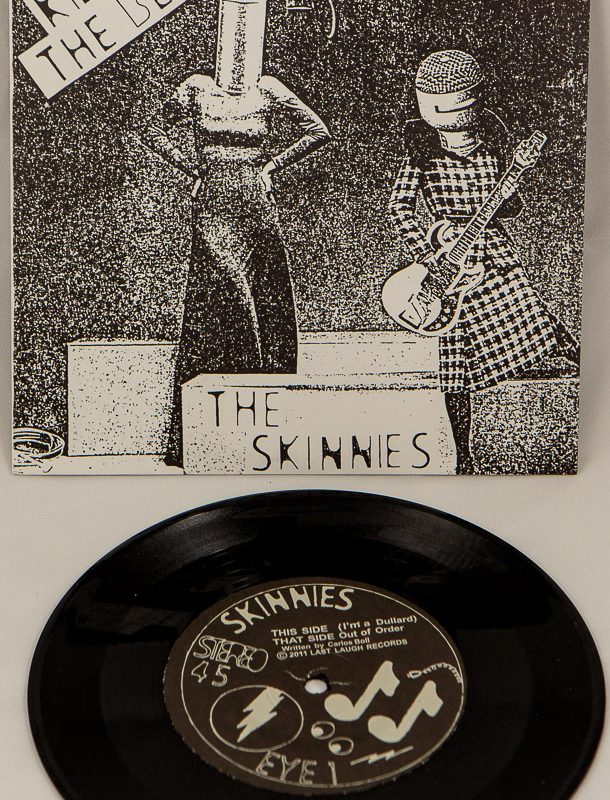 The Skinnies – Kill the Beat 7″ reissue 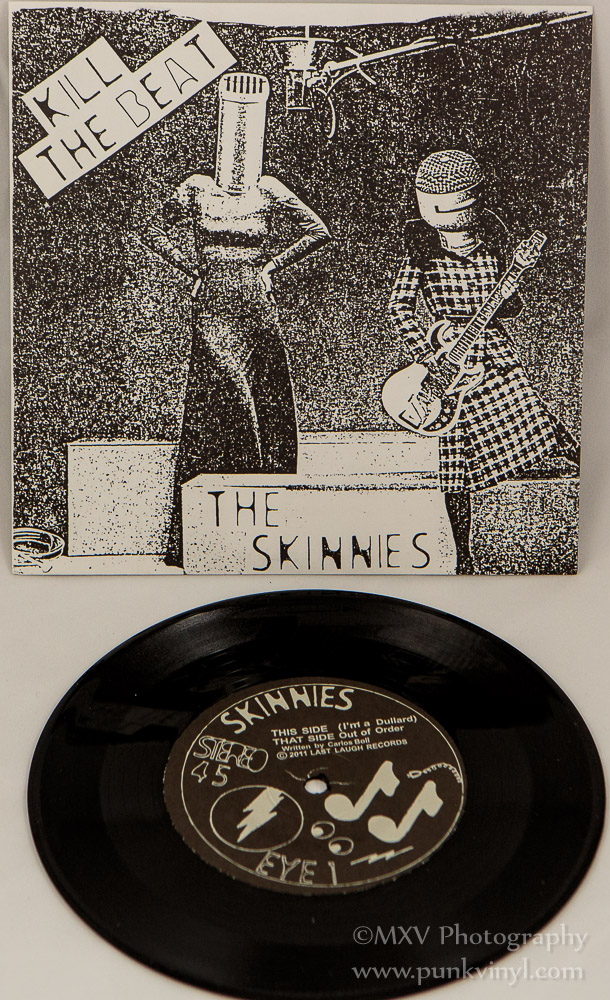 New Orleans isn’t the first city that comes to mind when I think about early punk rock. In fact, it wouldn’t even be in a top ten list of early punk scenes if you asked me to make a list. The truth is that the New Orleans punk scene was rather small compared to the other cities and the bands, however good, were a lot more obscure. The bands that were around in those early days who did put out records did so in small quantities and they didn’t have wide distribution. If you asked me to name five early New Orleans punk bands I’d fail that test as I only own records by two of them and this is why reissues are such a godsend.

The Skinnies is a band I’d probably have never heard of had it not been for Last Laugh Records. This label in the past couple of years has reissued so many great, rare, and obscure punk and power-pop singles that they should get a Nobel peace prize. How they find all this stuff, let alone tracks down the band members to license a proper reissue continues to amaze me and they just keep reissuing one lost gem after another. It kind of feels like discovering a time machine and it also continues to back up my opinion that music in the ’70s and ’80s was better than anything in this century.

This single was originally released in 1978 and the label that released it was owned by one of the band members. I don’t know that the band ever released anything else while they were together and from some internet searching it would appear one of the members went on to be in the Manic Depressives, which is one of the New Orleans bands I did know of and have their single. This two song single features two songs of rather stripped down and minimalist early punk that is raw yet catchy. If this band was in Los Angeles this single would have easily fit in on the Dangerhouse label as it has a lot in common with those early Dangerhouse bands. It is everything I love about early punk but don’t just take my word for it, listen to one of the songs here and hear for yourself.

If that doesn’t sell you on the merits of this single then nothing will. The record comes in a glued pocket black and white picture sleeve and is on black vinyl. I was unable to locate any images of an original pressing but they’ve had a tradition of reproducing the original artwork quite nicely on their reissues and I’m assuming this is no different. Last Laugh Records is a goldmine for great and obscure punk rock and they just keep churning out hit after hit. Do yourself a favor and add this single to your own punk vault and be thankful it will only set you back the price of a value meal.