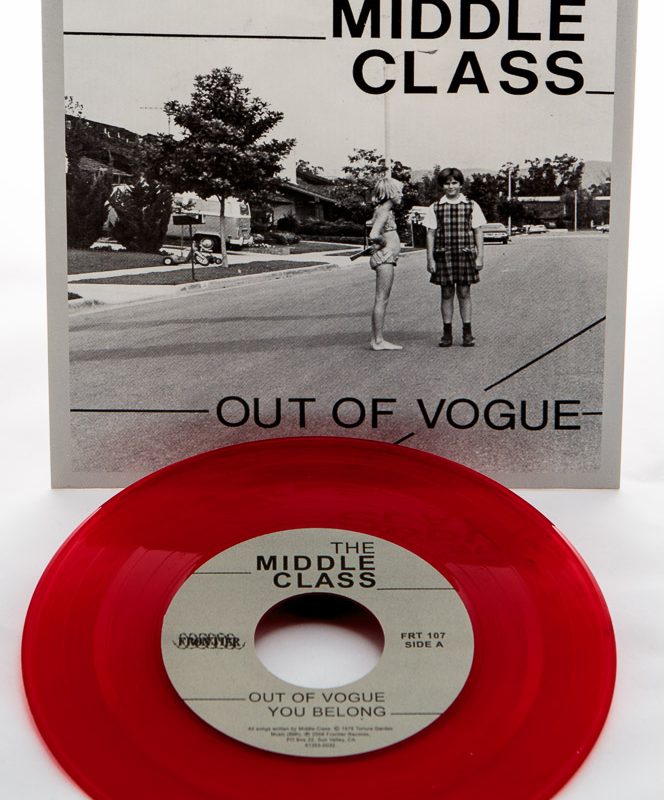 The Middle Class – Out of Vogue 7″ red vinyl 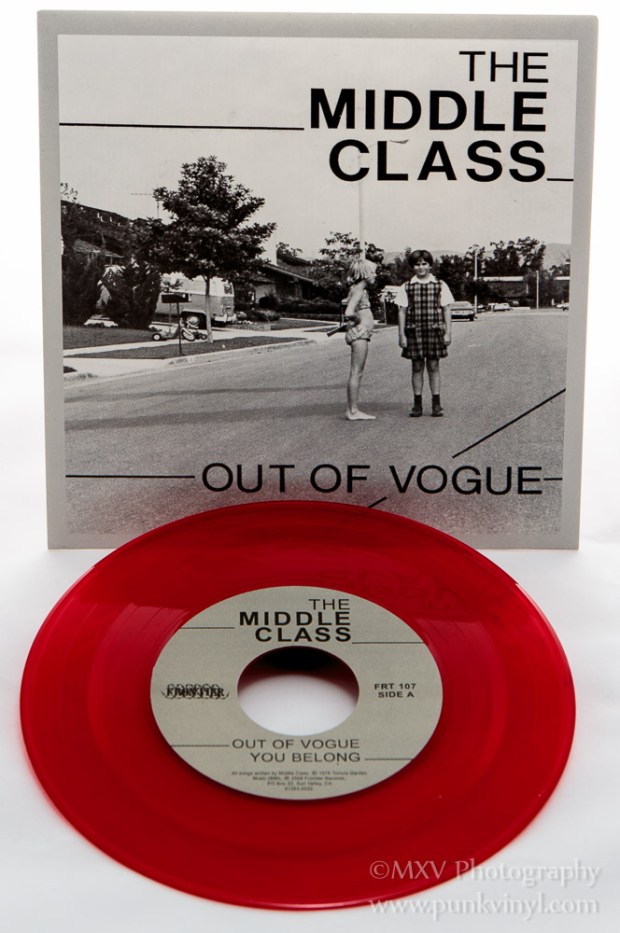 A lot of 7″ records have been arriving at The Vault lately and it is nice to see the 7″ format get some love again as it has taken a back seat to its larger sized brother in recent years. In the early punk days the 7″ was king, it was cheaper to make and cheaper to buy so thousands of bands embraced the format and people like me ate them up like candy. Despite the fact that in my old age I prefer LPs now for the simple fact of not having to flip them over as fast, I will always have a soft spot and a lot of love for the 7″ format.  It was a 7″ release by The Middle Class that is commonly regarded as the first hardcore punk record and one that influenced a new sub-genre of punk rock.

Way back in 1978, The Middle Class made its mark on the punk rock world by releasing their first EP, Out of Vogue. This perfect slab of punk rock was ahead of its time and faster than just about anything else around at the time. The band only stuck around a few years before calling it a day and they never got the widespread recognition that bands who followed them did like Black Flag but there’s no denying that this record was the influence for what followed.

When this record came out they made one pressing of it and then that was the last anyone would see of it for 30 years until Frontier Records reissued it a few years ago.  Now the single is once again back in print and this time on a fancy new color of vinyl. The single is now available on red vinyl and marks only the second time that the label has reissued it (the first time it was on blue vinyl). The record comes in a picture sleeve that reproduces all the original artwork but is on a higher caliber paper stock.  This record has achieved legendary status in modern times and original pressings command a couple hundred dollars to pry them out of previous owners’ hands. If you are on a budget and just want to have a copy of this record then this tomato colored gem is a steal at only five dollars! The music rivals anything that followed it and sounds as powerful and great now as it did back in 1978. These are likely to move fast once the word gets out so I wouldn’t wait to long in procuring one for your record collection, not to mention it would be embarrassing to be a punk rock fan and not own a copy of this record. Head over to the Frontier Records website and grab one so people don’t think you are a poser!