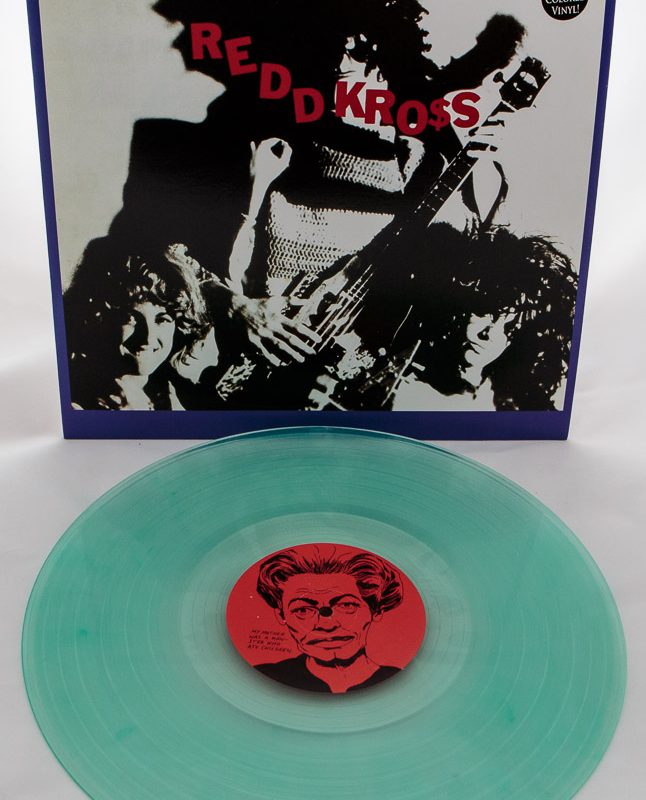 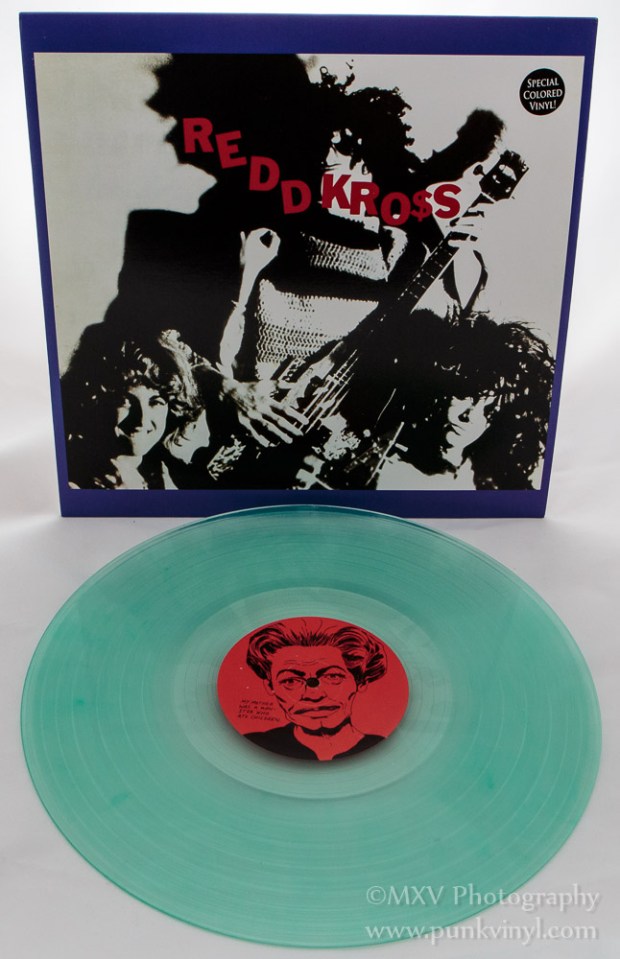 Redd Kross has been around in one form or another for a very long time, 34 years and counting! The one constant has been the core members, Jeff and Steve McDonald, who just so happen to be brothers.  They started the band way back in 1980 and released an EP that same year. The following year they released their first album, Born Innocent, on the Smoke Seven Records label. That label went kaput and then the album was reissued by Frontier Records where it has lived ever since. The cover art was totally different on the early Frontier pressings and it wasn’t  until this album was resurrected on vinyl a few years ago that they restored the original cover art with the exception of the spelling of the band name which had changed after the initial release of this album after the threat of a lawsuit from the International Red Cross.

The album was very unique as the band didn’t really sound like other punk bands, they were sloppy, they were influenced by ’60s and ’70s rock, and they were all about the pop culture references and poking fun at just about everything. In later  years they became a more accepted alternative rock band that even got scooped up by a major label for a spell. Their later material sold a lot better and earned them a new fan base but the old-time punk rockers prefer the early works like this album and the EP that preceded it.

It used to be that for the better part of the last two decades you could only buy this album on a CD as vinyl took a backseat to those little silver coasters for a long time until recently when vinyl made a comeback and people finally realized that it will always be the superior music format. That was when Frontier Records reissued this on vinyl  and restored the cover art. It was pressed on colored vinyl for a limited time and then when it ran out, they made another color pressing. Those previous ones are all gone so the label ordered up a new batch with a new color. This time it is “Coke bottle” colored vinyl which as you can see in the photo, is a greenish clear that resembles a glass soda bottle. The packaging remains unchanged as does the excellent tunes contained in those colored grooves. This is another one of those records that are staples of every good classic punk collection and there should be at least one of these in every home. If you are a younger person and are unfamiliar with this record, now is your chance to do your homework and grab one while they are still available. You can get this direct from the Frontier Records website along with the rest of their legendary classic punk catalog.