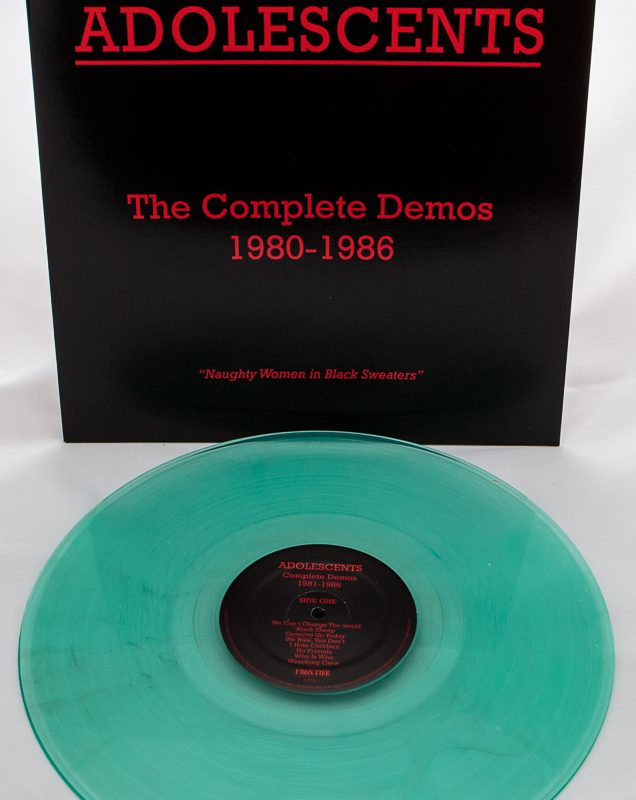 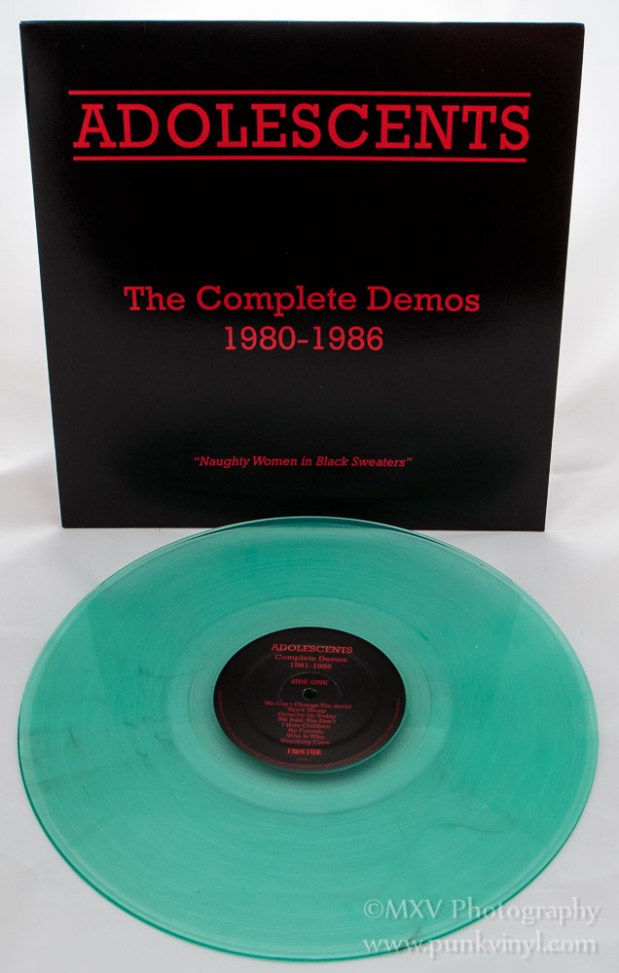 One of the best byproducts of the current vinyl resurgence along with people’s continuing interest in old punk rock is bands and labels digging through their various vaults to unearth unreleased material. What was once deemed either not quite up to snuff to release or what was left on the cutting room floor due to lack of a budget to release the stuff is all getting unearthed and preserved for the people of Earth. One great excavation came years ago when Frontier Records and the Adolescents unearthed all their demos from the first six years of the bands existence and gave it a proper LP release. It was a joyous day to be an Adolescents fan as this album was a long-lost time capsule and contained some really neat stuff including the original version of “Richard Hung Himself” which was recorded and scrapped and later retooled into the best song D.I. ever recorded.

Since its inception, this Adolescents LP has always been on colored vinyl and those colors have varied over the years every time the label repressed the record. It has been quite some time since the last pressing and now here we have a new pressing on a new color of vinyl.

This time we have the album pressed on “Coke bottle” vinyl, a greenish clear that strongly resembles the old-time Coke bottles of yesteryear that were actually made of glass and required a bottle opener to get into. Coke always tasted the best in the glass bottle and one can argue that maybe music sounds best on the Coke bottle vinyl. The reality is that the music sounds the same amount of great that it did on the other colors but those are gone now and if you don’t have them now you have a chance to get it on this retro color before it once again sells out. If you are like me and need to have completion then get ready to head over to the Frontier Records website to add one to the collection. If you don’t own this album and think that the blue album is all the Adolescents you need then clearly you are a fool and you too should go grab one and see how wrong you really were for not already owning this. In my case not only do I once again have completion, but I have a nice excuse to throw this on the turntable and give it a bunch of well deserved spins.