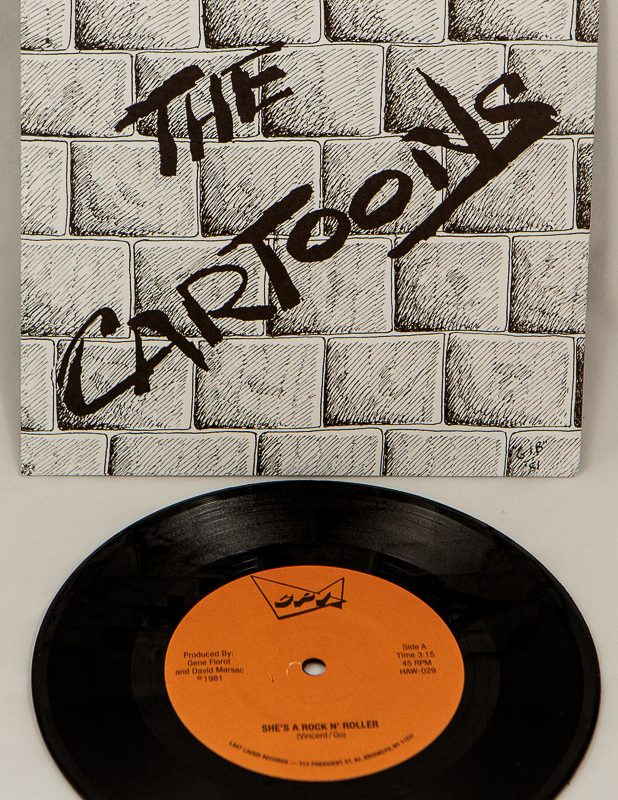 The Cartoons – She’s a Rock and Roller 7″ reissue 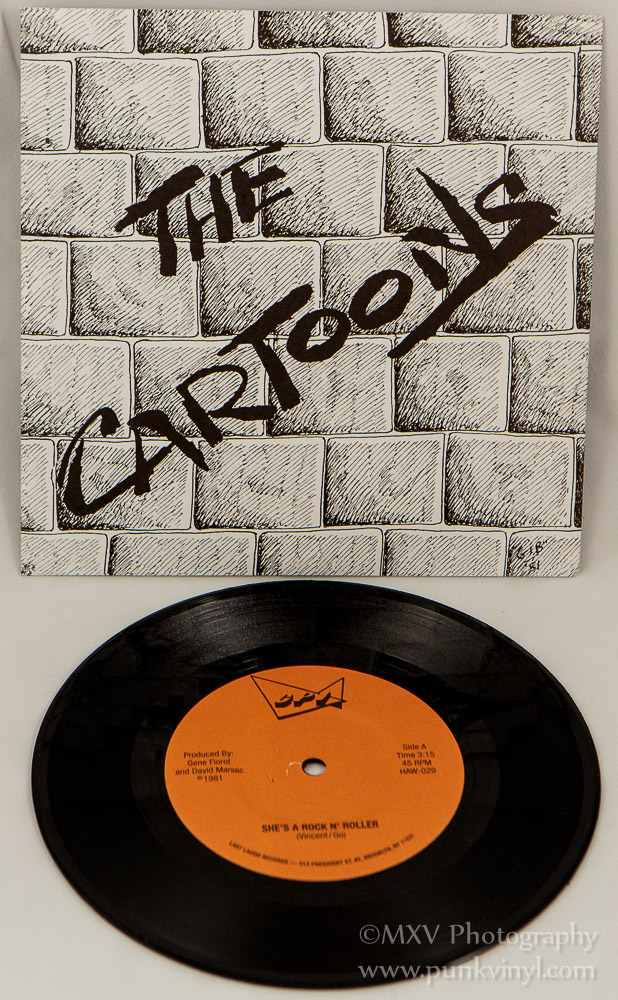 I tell you I never get tired of hearing old, obscure punk music from the ’70s and ’80 and I eat it up like candy. I will never even live long enough to discover it all and so much of it has been forgotten for decades or lost forever. Thankfully, instead of being stuck paying big money for these artifacts when I am made aware of them, good labels reissue them and help preserve this old, great music. One label that has been around for the past few years is Last Laugh Records and they have an amazing track record of bringing back these extremely rare gems and reissuing them on vinyl for the world to hear at a normal price.

The Cartoons is a band that I’d never heard of before until this single arrived at my house. The band was from New York and this single came out in 1981 which was right about the time that I was first discovering punk rock. Of course I’d never heard of this little band from the East Coast as they only put out this one single and then was never heard from again. This single they left in their wake is a real treat though.

The Cartoons have heavy guitars like the New York Dolls or Heartbreakers and fit into that style of early punk. The guitars are punch and a little raw. On top of that you get some snotty, almost British sounding vocals that owe a nod to the Buzzcocks but with a lot more attitude. The songs are mid-tempo in the vein of the Sex Pistols (who also sound like they were an influence on The Cartoons). Had these guys stuck around longer they’d probably have been a lot more well-known because they had a great sound that was very fitting of the time just before hardcore really started to get going.  This band is also further proof of just how great the New York area was for early punk rock. The A-side, “She’s a Rock and Roller” is the standout of the two tracks (and the faster of the two) but the B-side, “Who Cares” is certainly no slouch either and compliments the A-side nicely. Don’t just take my word for it, give it a listen yourself as the label made one of the tracks available here:

This single’s packaging is a very nice reproduction of the original with some subtle differences. The record is on black vinyl and the labels look nearly identical to the original pressing with just some credit information being different. It comes in a black and white, glued cardstock pocket sleeve that faithfully reproduces the original artwork but with a better paper stock and the original likely was one of those thin pocket sleeves that damaged easily. The sound is great and I imagine as good as the original, if not better, but I don’t have one to compare it to and likely never will due to the high prices it fetches. That’s another reason reissues like this are so great, you can have the record in your collection without having to shell out big bucks for it and the music is exactly the same.

Last Laugh Records has a real pipeline to the past when it comes to unearthing punk rock gold. They just keep releasing hit after hit of the wonderfully obscure and show no signs of letting up. This is another punk single that should be part of anyone’s collection who is a fan of that time period of punk and this single will be in heavy rotation at my place for years and years to come.