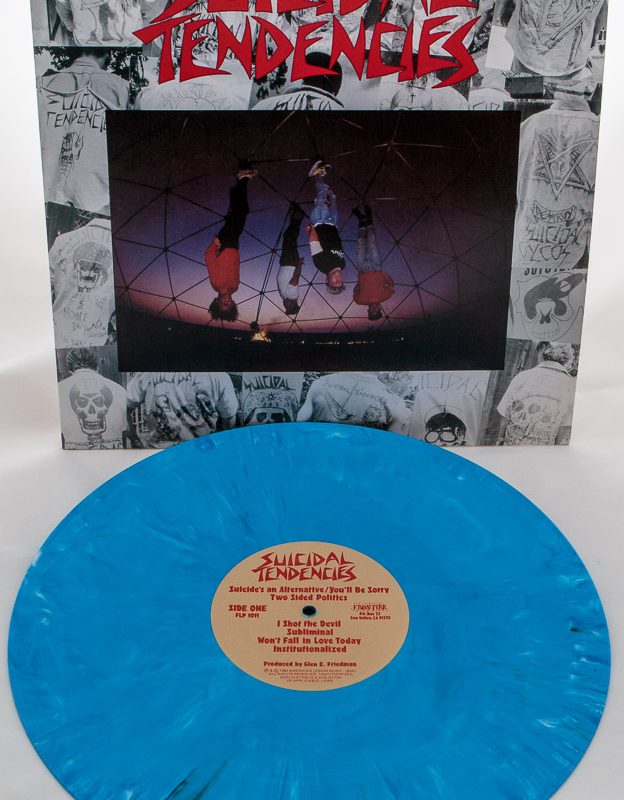 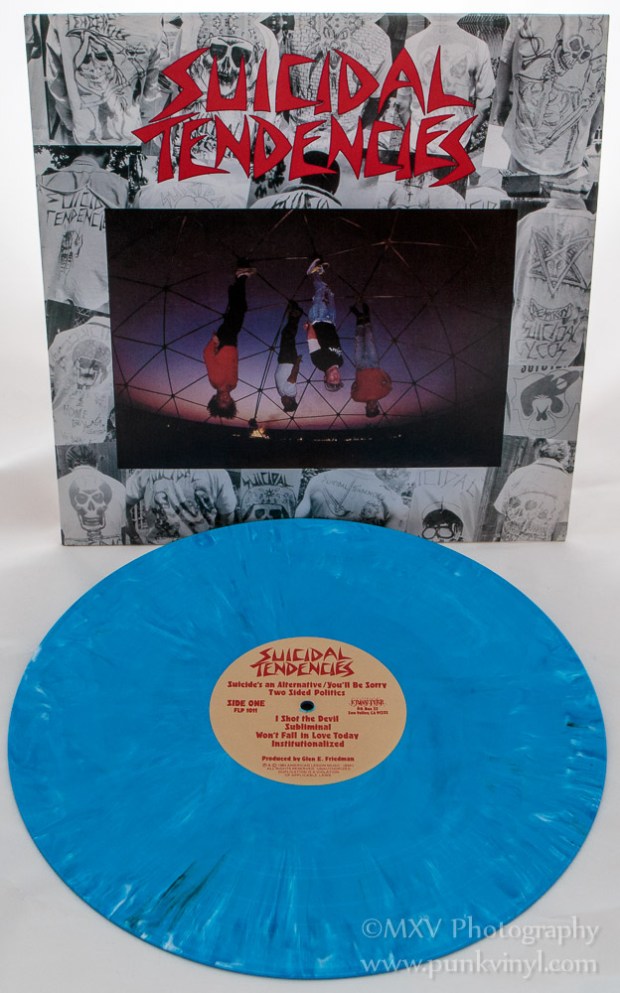 The first Suicidal Tendencies LP has to be one of the best-selling punk rock albums of all time. I’m talking real manly punk rock with testicular fortitude, not that shitty emo pop that tries to pass itself off as punk these days. The first Suicidal Tendencies album has that in spades but that’s not the real reason it could hold that title. The band had a real hit on their hands with “Institutionalized” , which due to it being included on the Repo Man soundtrack and having a music video made for it, transcended the normal boundaries of punk rock and became recognized and loved by mainstream america. Everyone and their brother knows that song and will make references to parts of that song, especially the part about Mike Muir’s request and denial of a Pepsi (the inferior cola). They’ve even made stupid internet memes about that very topic.  This drove people to buy this album and as the years pass, countless new generations of people are still buying it. It makes sense as this album is a classic and yet it also feels timeless. Listening to it in 2014 doesn’t make it sound retro or old. The music on it is every bit as relevant today as it was in 1983 when the album was originally released.  For those of you keeping score at home, the album turns 31 this year which blows my mind considering I originally purchased it a  year or so after it was released. Where the hell does the time go?!

The album itself never went out of print totally. I can’t even remember a time where the vinyl was unavailable, but if it was it certainly wasn’t for very long. Recently, Frontier Records, the label responsible for releasing this legendary and timeless album, has been issuing their back catalog of punk rock gems on various colors of vinyl. When the label runs out of records and needs to reorder them, they’ve been changing to a different color of vinyl. This means that a title that is always in demand like this one has seen quite a few color changes over the years. The last color ran out recently and it was time for a fresh coat of vinyl.

The new colorway for this season is blue/white marbled vinyl. As you can see in the photo it looks quite sharp and pleasing to the eye (just like the music is pleasing to the ear). It is a color mix that I am such a fan of I used that very mix for the first release on my record label (Spontaneous Combustion Records). The record comes in the same full color sleeve it always had and it even comes with a lyric sheet insert which was absent for years after the initial pressing in 1983 sold out and wasn’t included again until these colored vinyl editions started happening. The album also hasn’t increased in price much since it was first introduced and Frontier doesn’t gouge people by charging over inflated prices for their releases. If your local store doesn’t carry this and you want one, consider going straight to the source by ordering it from the Frontier Records website. The price with shipping is amazingly reasonable and they offer fast and friendly service as well.