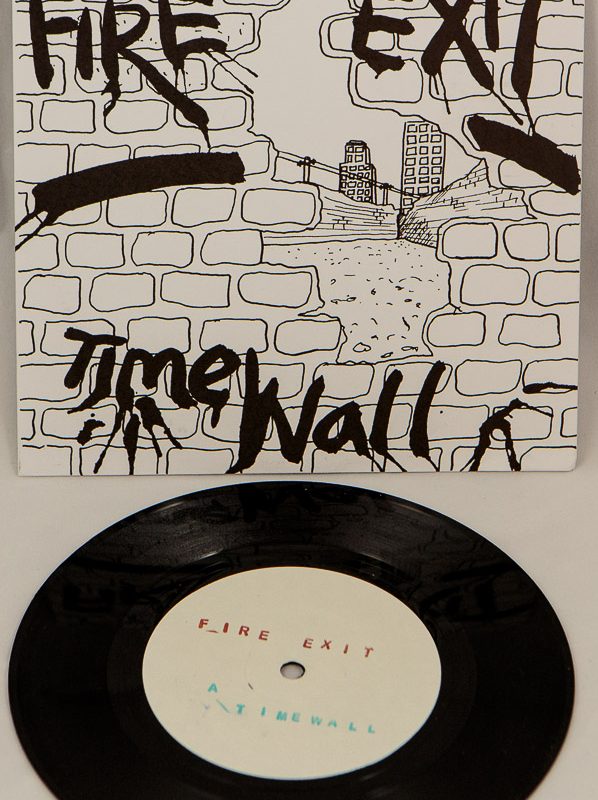 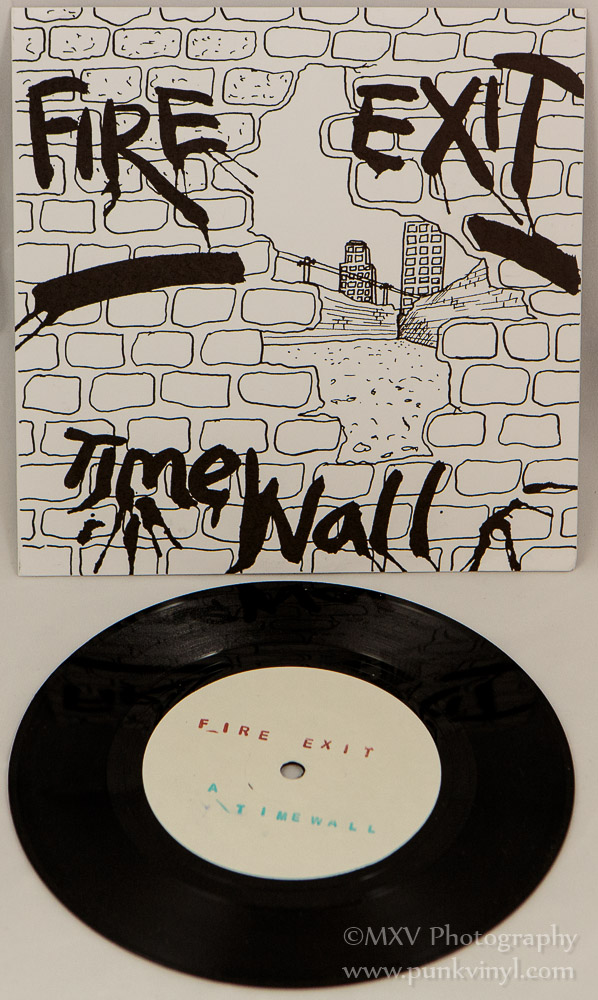 I was never a big collector or follower of “foreign punk”. Don’t get me wrong, I don’t dislike it and I could easily make you a list of many bands from overseas that I like, it is just that I wasn’t hardcore about following or collecting it. My collecting habits focused heavily on North American punk and hardcore. This narrow-minded focus meant I missed out on a lot of good bands, even some of the more well-known foreign bands went completely ignored by me. If you start to factor in the rare and more obscure bands then there’s an entire universe of good punk rock I’m missing out on. That leads us to today’s focus, Fire Exit.

Legend has it that Fire Exit is not only a punk band from Scotland whose first single, “Time Wall” dates back to 1978, but they are apparently still active and their claim to fame is being Scotland’s longest running active punk band.  That is quite a lengthy run, 36 years and counting! Their first single was something of legend when the A-side of it was comped on some of those KBD/Bloodstains compilations, which of course gave this single some attention and drove up the price of used original copies.

“Time Wall” fits neatly in the ’70s punk description. It is a mid-tempo song with punchy guitar that gives the song some bite but it still maintains a sense of melody and has good hooks. The vocals are slightly raspy and the chorus has some good sing along activity. The song is guitar heavy and very interesting. Had these guys found themselves a bigger label to release this at the time instead of self-releasing it I think they would have really caught on and been a household name in 1970’s punk.

The B-side, “Talkin’ About Myself” was never comped before so this is the first time the song has been available in decades and it’s amazing that no one ever put it on any of those compilations as it is every bit as good as the A-side. The song has a bit of a psychedelic feel, including some reverb on the vocals and some weird guitar lines but the bass line is driving and super catchy and it still sounds heavily like the early punk that it is, just a little more experimental in nature which is something that made the West Coast punk rock in the late 1970’s so good. Added together this single delivers about five and a half minutes of really catchy, high quality punk rock.

After three and a half decades of obscurity it was time that someone reissue this record officially and completely and if you’ve been following this site recently you can probably guess what label was up to the task? If you guess Last Laugh Records then you are correct. These guys have such an amazing talent for unearthing these rare gems and amazing detective skills to be able to track down the correct parties in order to officially reissue this stuff. These things have to take a considerable amount of time, effort, and money to produce and what’s amazing is that they charge less than a lot of bigger labels do for 7″ vinyl. This reissue looks nearly identical to the original (based off photos I found) with some minor differences in label/copyright information. It sounds fantastic and that is the most important thing. This two-song beauty can be purchased directly from Last Laugh Records and this is well worth ordering. If you don’t believe me just hear it for yourself and the label was kind enough to post a track for the world to hear.

Now do you believe me?